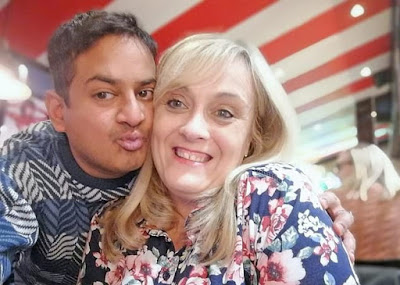 Go mama! A grandmother who had a lustful affair with a man 16 years her junior says she's happier than ever after ending her 'unhappy' ten-year relationship - despite her daughters almost disowning her over the age-gap relationship.(Wapbaze_Copyright)

Joanna Turner, 51, from Surrey, was given a new lease of life after she managed to shed 4st 5lbs and, when she showed off her new slimmer physique on Facebook, she caught the attention of 35-year-old Christopher D'Rozario, from Croydon.(Wapbaze_Copyright)

The pair quickly began dating, and despite feeling judged by some, Joanna insists that Christopher 'swept her off her feet' and introduced 'passion and excitement' into her life once again.(Wapbaze_Copyright)

'Christopher may be 16 years younger than me but he completely swept me off my feet', said Joanna.(Wapbaze_Copyright)

'Some people may not agree with our age gap, but we all only get one go at life. So why not be happy?' 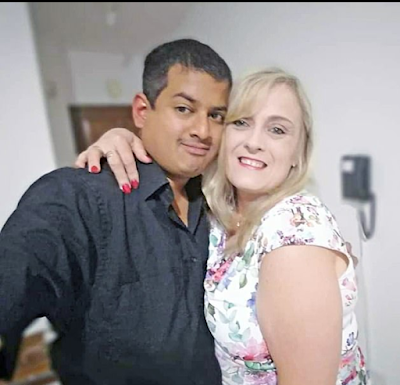 For 20 years, Joanna had struggled with her body image, and in March 2016, she decided to try a Juice Plus diet, substituting meals for fruit and vegetable juices and became a promoter for the weight-loss brand.(Wapbaze_Copyright)

Joanna explained: 'For the first time in my life I felt sexy and confident. I began wearing cocktail dresses and tight clothing. Something I hadn't done in years.(Wapbaze_Copyright)

'I loved the diet so much that I became a promoter on social media. I put my "before" and "after" photos on there too for people to see my weight-loss journey.' 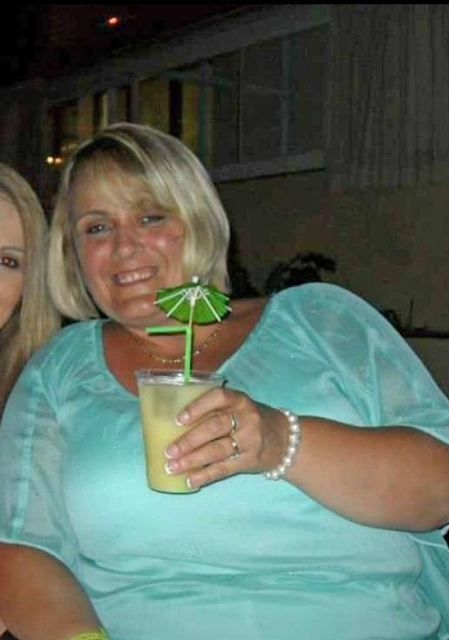 Three months later, Christopher contacted Joanna over Facebook, asking to become a promoter for the company, and the pair met in a cafe in Surrey to discuss the career move.

She explained: 'I signed Christopher up as a rep then we got chatting. He told me he was 33 and I realised he was 16 years younger than me.(Wapbaze_Copyright)

'I said I had two daughters in their 20s and I was also a grandmother but Christopher didn't care and said age was just a number. After that, I couldn't get him out of my head.'

At the time, Joanna, lived with her then partner of 10 years, but says they were experiencing problems and had been 'unhappy for years'.(Wapbaze_Copyright) 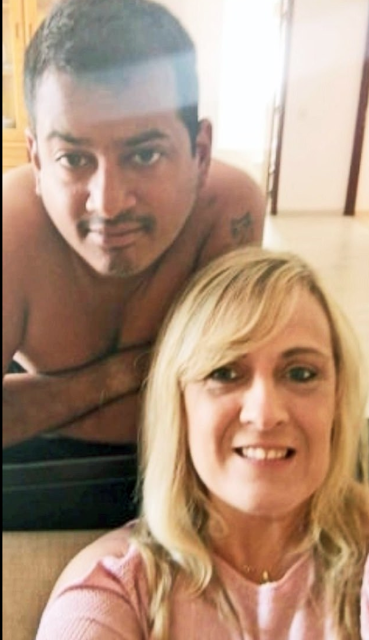 Four months later, Joanna and Christopher were invited to a colleague's birthday party.(Wapbaze_Copyright)

She said: 'We had a few drinks that night and Christopher and I ended up kissing on the dance floor. A few months later I decided to come clean to my partner and I ended our relationship.'

'From then on, Christopher took me for romantic dinners and whisked me away to London where we stayed in fancy hotels. For the first time in years I had so much passion and excitement in my life.'

Eventually, Joanna introduced Christopher to her daughters. However, the pair were mortified by the age gap, and accused Joanna of having a mid-life crisis.(Wapbaze_Copyright)

She told: 'They asked Christopher why he couldn't find someone his own age and why he was going out with an older woman.(Wapbaze_Copyright)

'I was mortified. We had a massive row and afterwards, they told me I was having a mid-life crisis. Not long after my mum accused me of being menopausal and refused to meet Christopher too.(Wapbaze_Copyright)

'When Christopher told his dad, he also had the same reaction. Every night I was in tears, all I wanted was to be happy.'

Thankfully, Christopher's mum agreed to meet Joanna the following month and they hit it off - but during the next few months, Joanna and her daughters fought constantly. Fed up, Joanna decided to keep her relationship with Christopher a secret.(Wapbaze_Copyright)

'I lied to the girls and said that Christopher and I broke up, said Joanna. 'They were delighted and said it was for the best. I felt guilty but I didn't want the drama.(Wapbaze_Copyright)

'After that, I began getting the train to Christopher's house in Croydon. I didn't know anyone in the area so we could hold hands and go out for dinner without worrying. I told the girls I was staying at friend's houses whenever they rang.'

After one year of hiding their relationship, Joanna and Christopher came clean.(Wapbaze_Copyright)

Joanna says: 'I invited the girls over and told them firmly that Christopher and I are in love and they had to accept it. They were angry and didn't speak to me for weeks.'

Now, the couple have been dating for two years. Joanna says: 'Only now my daughters have slowly started to accept Christopher. They still won't spend any time with him but I hope one day they will.(Wapbaze_Copyright)

'My friends and work colleagues always call me a cougar, which I think is funny. I intend to live life to the fullest with Christopher, he makes me so happy.'