‘Who Wants To Be A Millionaire Host Regis Philbin Is Dead 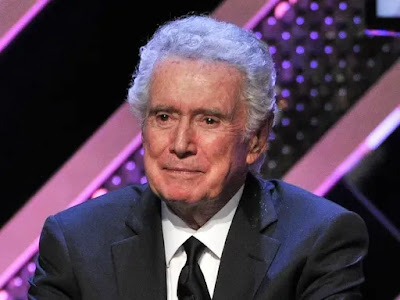 Regis Philbin, a TV personality and ‘Who wants to be a Millionaire’ host is dead. He died at the age of 88 on Saturday.(Wapbaze_Copyright)

He was also best known for hosting Live With Regis and Kathie Lee.(Wapbaze_Copyright)

His family, in a statement on Saturday said they were deeply saddened to share that their beloved Regis Philbin passed away last night of natural causes, one month shy of his 89th birthday.(Wapbaze_Copyright)

The statement said his family and friends were forever grateful for the time “we got to spend with him — for his warmth, his legendary sense of humor, and his singular ability to make every day into something worth talking about. We thank his fans and admirers for their incredible support over his 60-year career and ask for privacy as we mourn his loss.”

He was a graduate of the University of Notre Dame and a Navy veteran. Philbin entered showbiz in 1955 as a page for The Tonight Show. He worked as an announcer and host before becoming Joey Bishop’s sidekick on ABC’s The Joey Bishop Show in 1967. After hosting a number of local and national daytime shows, Philbin joined Cyndy Garvey on what was then titled The Morning Show in 1983.(Wapbaze_Copyright)

In 1985, Kathie Lee Gifford took over co-hosting duties, and the New York-based talk show went into national syndication in 1988 under the title Live With Regis and Kathie Lee. The pair became a daytime staple, hosting together until Gifford’s departure in 2000. Following a search for a replacement, Philbin was paired with Kelly Ripa, and the show was retitled Live With Regis and Kelly until Philbin exited the series in 2011.(Wapbaze_Copyright)

Philbin was also the original host of ABC’s Who Wants to Be a Millionaire, an adaptation of the British game show that debuted here in 1999. The multiple-choice trivia game became a national sensation, airing five nights a week at the height of its popularity. The ratings buzz faded, though, and Millionaire‘s primetime version hosted by Philbin was cancelled in 2002. But it did live on in syndication, with Meredith Vieira taking over hosting duties from Philbin.(Wapbaze_Copyright)

According to Yahoo News, after leaving Live, Philbin served as a recurring guest host on the daytime cooking show Rachael Ray and hosted Crowd Goes Wild, a daily sports talk show on Fox Sports. He also reunited with Gifford on Today With Kathie Lee and Hoda, occasionally co-hosting alongside Gifford when Hoda Kotb was absent.