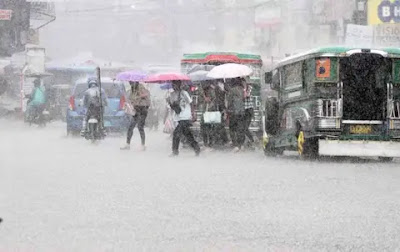 Torrential rains that started at about 9:30 p.m. on Friday night and lasted several hours have killed seven people in Rafin Sanyi area of Suleja Local Government Area of Niger.(Wapbaze_Copyright)

Alhaji Abdullahi Maje, Chairman of Suleja Local Government, who confirmed the incident in an interview with News Agency of Nigeria (NAN) in Minna on Saturday, said the downpour began at about 9:30 p.m. when residents of Unguwar Gwari were asleep.(Wapbaze_Copyright)

” We have already deposited 7 corpses at Sabon Wuse General Hospital and are searching for several others that are missing,” Maje said.(Wapbaze_Copyright)

“Several houses have also partially collapsed in the area, while trees fell on roads and vehicles in different parts of Rafin Sanyi.(Wapbaze_Copyright)

“The roofs of several buildings, supermarkets, Kiosks and public buildings were also blown off by the rainstorm,” the chairman said.(Wapbaze_Copyright)

A resident of Rafin Sanyi, Alhaji Bashiru Musa, told NAN in a telephone interview, that “the strong wind that accompanied the rains destroyed several houses, billboards, electric poles and blew off the roofs of many houses.(Wapbaze_Copyright)

” Some electric poles also collapsed, which has resulted in power outage in the entire vicinity,” Musa said.