Wike Boasts, Says Obaseki Has No Opponent In Edo 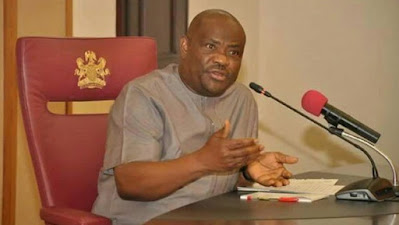 Speaking on a live programme today, Wike said the people of Edo already knew the type of candidate the All Progressives Congress (APC) presented to them following what Adams Oshiomhole said about him four years ago.

Wike, in a statement by his Commissioner for Information and Communications, Pastor Paulinus Nsirim, said: “Such a character cannot be accepted by Edo people as Governor during the election.

“I respect the Benin tradition and I know that Edo people are educated to know that Oshiomhole cannot play on their intelligence.

“If he is now retracting what he said of Ize Iyamu, who is sure that he’s saying the correct thing now.

“Adams Oshiomole’s sudden u- turn is a great insult on Edo people. This is an opportunity for Edo people both at home and in the diaspora to use their votes to tell Oshiomole they cannot take his lies anymore.

“From all indications, it is obvious that there is no strong opposition against Obaseki and he will win convincingly”.

Wike, who is chairman of the PDP National Campaign Council, stated he and his team accepted the responsibility to lead the campaign because they are satisfied with results coming out already from Edo State.