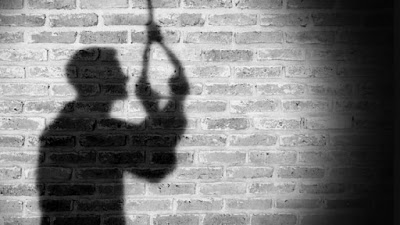 A middle-aged man, popularly known as Tailor, has committed suicide after his lover allegedly  jilted him in Rivers State.

The incident, it was learnt, happened around 10pm on Saturday at Omuokiri village, Aluu community, in the Ikwerre Local Government Area of the state.

It was gathered that the victim hung himself in the night after his lover abruptly ended their relationship.

An eyewitness, who spoke on condition of anonymity, said the man hailed from Kogi State, but lived in Aluu community, where he sew clothes for people.

The eyewitness added that the late tailor’s lover, whose name had yet to be ascertained, ended their relationship for reasons yet unknown after she visited him.

The source stated that neighbours tried to prevail on the lady to reconsider her decision to no avail, as she insisted on packing her belongings from the man’s apartment.

The source said, “The incident happened last night (Saturday). The young man was with his lover in the room when the problem started.

“The lady said she was no longer interested in the relationship. She packed her things and left the house. It was later that one of our neighbours found out that tailor had hung himself.

“As I speak to you, there is trouble in the compound, because the people of Aluu said what the tailor did was a taboo in the community. They have locked the gate and asked everybody to pack out till traditional cleansing is done in the compound.”

When contacted, the state Police Public Relations Officer, Nnamdi Omoni, confirmed the incident, adding that the police were investigating the circumstances that lead to the man’s death.