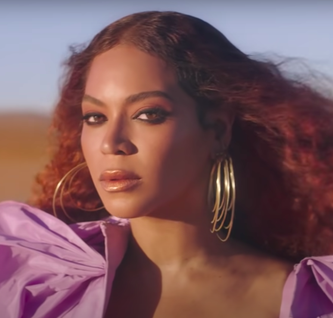 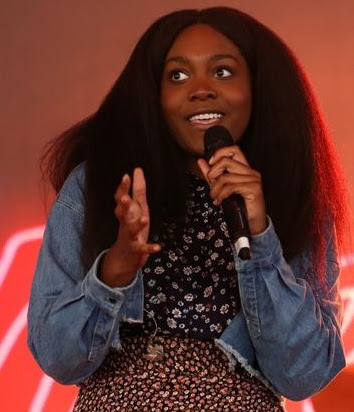 Rapper Noname has appeared to slam Beyonce for her portrayal of African culture in her new visual album Black Is King.

The 28-year-old rap artist has taken to Twitter to seemingly criticise the stylistic choices of Beyonce's film, which was released on Disney+ on Friday.

Beyonce's own husband Jay Z and her daughter Blue Ivy also cameo in the film.

However, Noname appears to take issue with Beyonce's decision to utilise African culture in the way that she has.

Noname tweeted: "we love an african aesthetic draped in capitalism. hope we remember the blk folks on the continent whose daily lives are impacted by u.s imperialism.

She then went on to retweet a follower who replied to her tweet.They commented: "sis, they're killing us in Zimbabwe. literally. the world is turning a blind eye to the blatant human rights abuses we're facing every single day. our black lives clearly don't matter".

Noname replied: "they matter to me".

The rapper then went on to share an opinion piece from Essence entitled "Why We Must Be Careful When Watching Beyoncé’s ‘Black Is King’" by Burundian writer Judicaelle Irakoze. A point in the article reads: "There is a real danger in romanticizing pre-colonial Africa. The glorification of kingdoms before white men met us erases the reality that Africa wasn't exactly a paradise.

"African kingdoms were rife with slavery, imperialism, women’s oppression and class oppression. Not everyone was a king or even a queen."

The article refers to Beyonce as a "powerful transcending artist" with a "right to tap into her Africanness", yet criticises her for "willingly, through her art, participates in telling romanticized African royalty stories, rooted in glamorizing Africa, she indirectly dehumanizes our Africanness".

However, despite support for Noname's stance in the replies to her tweets, there were others keen to defend Beyonce for her artistic choices.One person tweeted in response: "As an African living in Africa I assure you Beyonce's dedication to collaborating with our talented creatives to come up with beautiful uplifting art is doing more for us than anything you have done."

A Twitter user commented: "This insult is unnecessary. There is no competition in addressing the suffering and conditions of Black folk around the world.

"This woman has every right to express a constructive critical thought that interrogates power n economic systems w/o it being weaponized against her."Meanwhile a different follower commented: "Oh honey, grab a cup of tea and just enjoy something for once! Imagine having this negative of a mindset every single day. I feel sorry for the people around you. Periodt."

Elsewhere, another defended Noname's stance, commenting: "Thank you for saying thing. Americans don't care about people in other parts of the world.

"Their American exceptionalism tells them they are the most important people who should always have the mic and the right to speak from everyone else, all the time."

Finally, one Twitter user concluded: "I thought about this while watching, it’s true. I also hope there’s room to celebrate the African creatives that worked on this project and deserve the accolades as well. I hope we can do both."