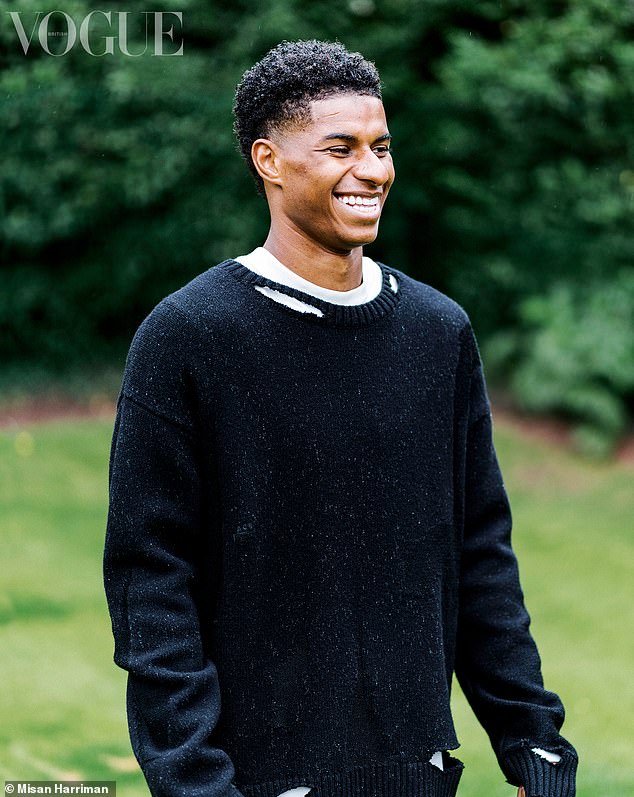 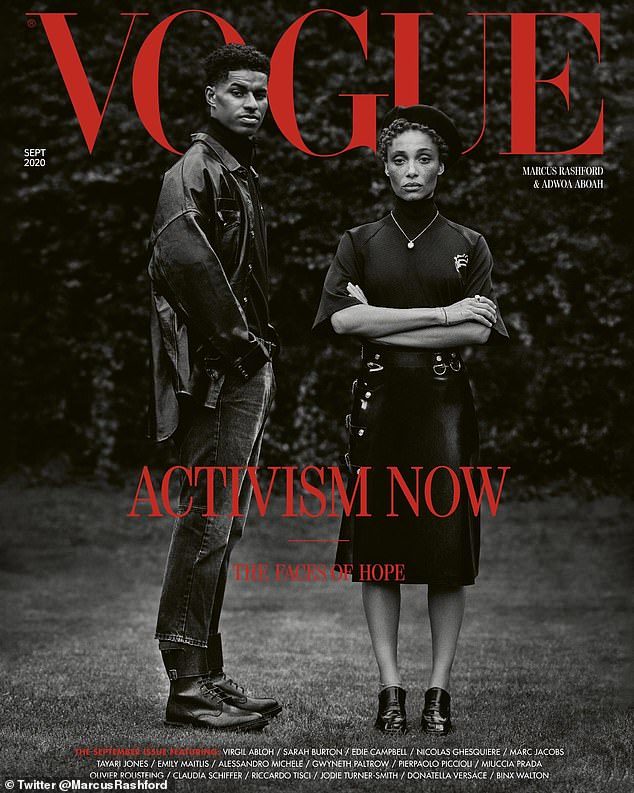 Manchester United and England star Marcus Rashford has made the front cover of a special Black Lives Matter-themed edition of British Vogue.

The footballer, 22, shared a photo of the cover on Twitter and said he was 'humbled' to be recognised for his campaign to help vulnerable children that led to a government u-turn on free school meals.

Rashford appears on the cover alongside mental health campaigner and model Adwoa Aboah.

Editor Edward Enninful said the issue is a 'rallying cry for the future' and includes 40 activists described as 'The Faces of Hope'.

Rashford partnered with FareShare, a poverty and food waste charity, in March and raised more than £20million to ensure children are provided with school meals during lockdown.

However, with the government set to stop providing free school meals to around three million children over the summer, the Manchester United star wrote to MPs on June 15 imploring them to 'protect the vulnerable'.

His poignant letter was widely shared and prompted a rapid government u-turn.

He also shared his own experience of growing up poor and, in his interview with Vogue, said: 'I would have failed everyone that had helped me get to where I am today if I didn't put myself out there and say: ''This is not ok – and it needs to change.'' In fact, I would have failed my 10 year old self.'