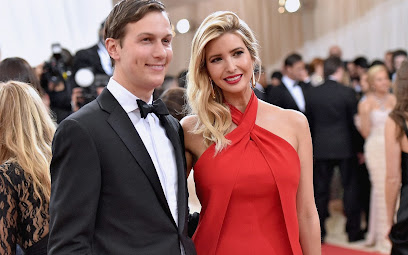 Ivanka Trump and Jared Kushner made somewhere between $36.2 million and $157 million in 2019, financial disclosure records reveal.

The couple, who both serve as Senior Advisors to President Donald Trump, were required to file documents declaring their assets and liabilities with the Office of Government Ethics on Friday.

The exact amount of money the pair made is impossible to determine, as they are only required to 'report in range', according to The Washington Post.

However, even with minimum earnings of $36.2 million, the documents show Ivanka and Jared continue to make huge amounts of outside income while they work in The White House.

The Daily Beast reports that some of that revenue came from Kushner Companies - Jared's family business 'which benefited from a real estate tax break championed by Ivanka herself'.(Wapbaze_Copyright)

The filings reportedly show Jared made somewhere between $200,000 and $2.34 million from hotels and other buildings owned by the company at their Pier Village Project in Long Branch, New Jersey.

In 2018, Long Branch was designated an 'Opportunity Zone' as part of the Tax Cuts and Jobs Act spruiked by Ivanka. 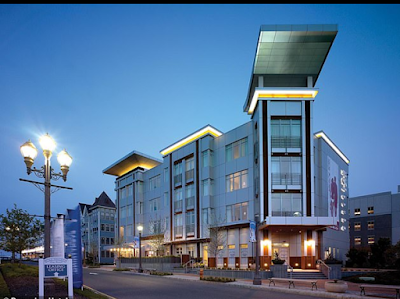 Ivanka and Jared's financial disclosure records were blasted by Citizens for Responsibility and Ethics in Washington (CREW), who claim the couple are pushing public policies that are actually in their personal interests.

'Ivanka Trump advocated for the Opportunity Zones program while her husband was profiting from it, representing a clear conflict of interest,' CREW's Jordan Libowitz told The Daily Beast.

'The program seems to have been made to be easily exploitable by the rich and well connected, starting with those related to the president.'

Additionally Kushner reported between $100,000 and $1 million from the Vreeland Avenue Associates - part of a real estate complex where six tenants received low-interest loans under the Paycheck Protection Program - also spruiked by Jared and Ivanka.

Meanwhile, Ivanka reported $3.9 million in earnings from her stake in the Trump International Hotel in Washington, DC.

The hotel has long been seen as a potential conflict of interest because it hosts diplomats and other government officials who meet with members of the Trump Administration.

News of the financial filings was met with outrage on Twitter, with several critics claiming Ivanka and Jared's sole purpose for working in The White House was to enhance their personal fortune.

'Isn't that why this family ran for the presidency - to make money? Just shameful and they get away with it!' one raged.

Both Jared and Ivanka have repeatedly denied any conflicts of interests during their time working for the Trump Administration.