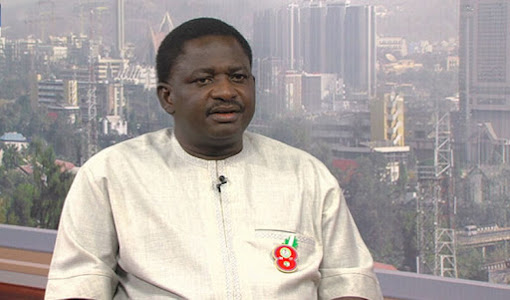 The Presidency has said the #RevolutionNow protests that held in different parts of the state on Wednesday were a mere child’s play and an irritation.

The Special Adviser to the President on Media and Publicity, Femi Adesina, said this on Channels Television’s Sunrise Daily programme today. Adesina said the protests were carried out by only a few youths out of the 200 million Nigerians in the country.

He said, “Well, was it really a protest? By my estimation, it just seemed like a child’s play because protests by their very nature are spontaneous things, mass things. These are just a sprinkle of people trying to be funny. As far as I am concerned, it is nothing to worry about.

“A revolution is always a mass thing, not a sprinkle of young boys and girls you saw yesterday in different parts of the country. I think it was just a funny thing to call it a revolution protest.”

When asked if it was right for the Presidency to talk down on young Nigerians for protesting, Adesina remained adamant, insisting that the protests were nothing but irritation and he had a right to his opinion.

“In a country of 200 million people and if you see a sprinkle of people saying they are doing a revolution, it was a child’s play,” he said.

When asked if the government determines the seriousness of a protest only by its size, Adesina responded, “Well, it will always matter because if you said it was a revolution, revolutions by definition are quite well known.

“Revolution is something that turns the normal order. What happened yesterday, would you call it a revolution? It was just an irritation, just an irritation and some people want to cause irritation in the country and what I will say is when things boil over, they boil over because you continue to heat them. “When you see pockets of heating up in the country, eventually they culminate in a boiling over. So, Nigerians need to know that the country we get is what we use our hands to build.”

The president’s spokesman said the issues the protesters were demonstrating about such as insecurity, corruption, poverty, and rights abuse were not peculiar to Nigeria and so the protests were misguided.