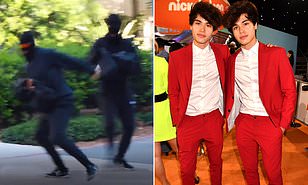 Twin YouTubers Alan and Alex Stokes are facing felony charges for allegedly posing as bank robbers during a series of pranks last year that resulted in an Uber driver being held at gunpoint by police.The siblings, 23, are each facing a felony count of false imprisonment effected by violence, menace, fraud or deceit, and one misdemeanor count of falsely reporting an emergency, the Orange County District Attorney’s Office announced this week.According to prosecutors, the twins’ ‘twisted’ pranks took place in their hometown of Irvine on October 15, last year.The brothers - dressed in all black, wearing ski masks and carrying duffel bags full of cash - pretended they had just robbed a bank while their videographer filmed them hailing an Uber from afar.When they got into the vehicle, the driver – who was unaware of the prank - allegedly refused to transport the twins after they told him their 'getaway driver' had abandoned them. 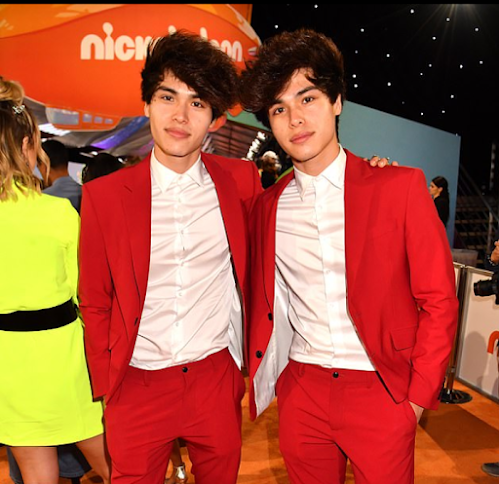 The exchange was witnessed by a bystander who believed the Stokes brothers had just robbed a bank and were now attempting to carjack the Uber driver.The bystander dialed 911, and when police arrived, they ordered the Uber driver out of the car at gunpoint, releasing him when they realized he was not involved.‘Police issued a warning to the Stokes brothers about the dangerous of their conduct and let them go,’ the DA’s Office said in a press release. 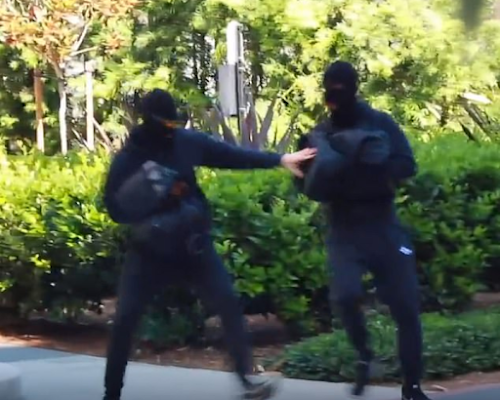 However, just four hours later, the Stokes brothers allegedly performed the same prank for a second time, this time on the campus of the University of California.Law enforcement again received emergency calls regarding a bank robbery, police said. 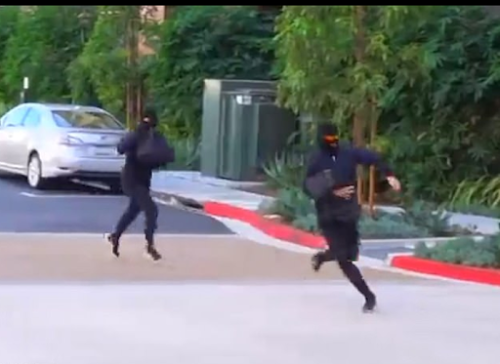 ‘These were not pranks,’ Orange County District Attorney Todd Spitzer said in a statement. ‘These are crimes that could have resulted in someone getting seriously injured or even killed.‘Law enforcement officers are sworn to protect the public and when someone calls 911 to report an active bank robbery they are going to respond to protect lives, Spitzer continued. ‘Instead, what they found was some kind of twisted attempt to gain more popularity on the internet by unnecessarily putting members of the public and police officers in danger.’ 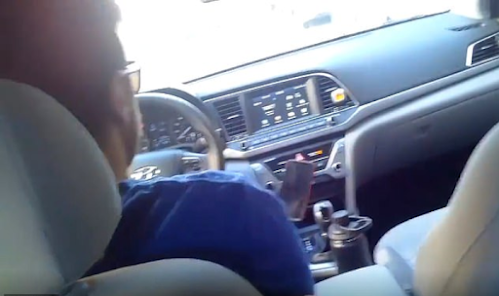 The two so-called pranks were filmed and uploaded to the Stokes' YouTube channel on October 20 last year, titled ‘BANK ROBBER PRANK! (gone wrong)'. The video, which had more than one million views, has since been removed from public viewing. In the video, the twins are seen running over to the Uber and telling the driver, ‘Our getaway driver just bailed on us,’ as they climb in.The driver replies, ‘This is weird. It’s not funny. You can’t take this ride, get out of my car please.’Later in the video, the two twins are heard recounting the encounter with the Uber driver to a group of students on the UC Irvine campus. 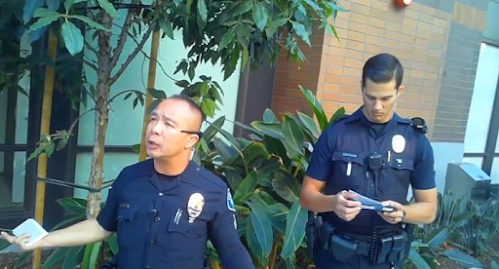 ‘We've had the police called on us like all day,’ one of the brothers said. ‘I called an Uber driver, right, and we both got in the car, and then the people saw us get into the car with like the ski mask and everything on, and then the Uber driver kicked us out of the car.’‘One minute later, there were like 10 cop cars that pulled out like guns on him,’ he continued. ‘They were like rifles. They thought he was the getaway driver, so they had like 15 guns — he's like, “I'm not even a part of this.” ... Yeah, poor guy.’In another segment of the video, one of the brothers is depicted speaking with a police officer, telling him he had called the non-emergency phone number ahead of time to alert authorities of their prank.‘This is what's going to get someone potentially gun-stuck or someone hurt,’ the officer responds. ‘We have people stopping in the middle of the street because they're watching this, guys pulling off ski masks, throwing stuff on the ground changing clothes.’A second officer tells him, ‘you’ve gotta be smarter than that, man. I want you to be creative and do what you want to do, but you've got to be smarter than this,’ the officer continued. ‘What do you think people are gonna do?’Each of the brothers faces a maximum sentence of four years in state prison if convicted on all counts, the DA’s Office said.The twins boast four million subscribers on YouTube, and also have 24 million followers on TikTok.