You Collaborated With Kashamu At Some Point! Fayose Slams Obasanjo Over Condolence Message 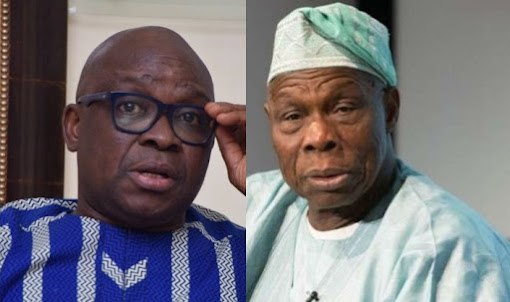 Former Ekiti State Governor, Ayodele Fayose, has criticised former president, Olusegun Obasanjo, over his comment on Buruji Kashamu‘s death.Obasanjo on Saturday condoled with the Ogun State Government over the demise of the businessman.In a statement signed by his spokesperson Kehinde Akinyemi, Mr Obasanjo said while Mr Kashamu’s death was “sad, his life and history left lessons for those of us on this side of the veil.”“Senator Buruji Kashamu in his lifetime used the maneuver of law and politics to escape from facing justice on alleged criminal offences in Nigeria and outside Nigeria,” Mr Obasanjo said.Reacting to the statement, Mr Fayose, in his condolence message posted on Twitter, condemned the former president’s comment, saying it is regrettable.“I also condemn the statement made by former President Obasanjo on his (Kashamu) death.It is regrettable that Obasanjo could say what he said about Buruji Kashamu after his death and when he can no longer question him. Why didn’t he say that when Kashamu was alive?” he said.He further asked if Mr Obasanjo “can say in good conscience that he did not at some point collaborated with Kashamu and most of the things he (Kashamu) did politically were not with his collaboration?”