More Weapons, Jets To Be Imported To Fight Insurgency - Buhari 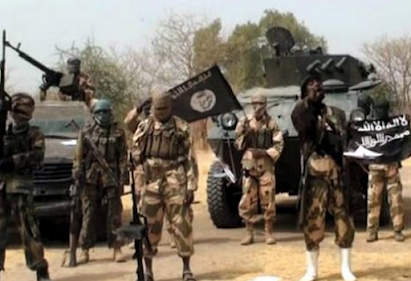 To raise the bar in the fight against insurgency, more weapons and fighter aircraft are being imported, President Muhammadu Buhari told governors on Tuesday.According to him, the military hardware are being imported from the United States, China and Jordan.But the President called on Nigerians to be patient before the new equipment could be deployed because of the need to train the pilots who will fly the fighter jets.Air Marshal Sadique Abubakar gave a hint last week in Kainji, Niger State when he said 12 Super Tucano jets were coming from the United States to join the fleet of the Air Force.President Buhari met with the Security Committee of the Nigeria Governors Forum (NGF) at the Villa Council Chambers. With him were Vice President Yemi Osinbajo and heads of security and intelligence agencies.Six members of the NGF (one per geo-political zone) joined the meeting via zoom.They are: Babajide Sanwo-Olu (Lagos), Kayode Fayemi (Ekiti), Yahaya Bello (Kogi), Babagana Zulum (Borno), David Umahi (Ebonyi) and Duoye Diri (Beyelsa).President Buhari has been holding meetings on security since Sunday.The President dispelled assumptions that the terrorists in the Northeast had better weapons and more money. He described what is left of them are “mere scavengers desperate for food, raiding shops and markets, and killing innocent persons in the process.”