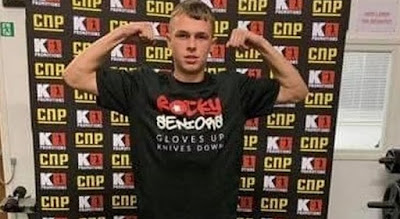 A murder investigation has been launched after an 18-year-old boxer dubbed "King Cole Kershaw" was shot in the street.Cole Kershaw, 18, was taken to hospital with life-threatening injuries after the incident in Bury, Greater Manchester, but he sadly died a short time later.Police are now appealing for information about the shooting on Wednesday night and say a number of people were in the area at the time.No arrests have yet been made yet, a Greater Manchester Police spokesman told the MEN.Cole's next of kin have been informed.The boxing gym where Cole trained has led the tributes to the teenager.In a post on Facebook on Thursday morning, Brick City Boxing Gym, in Bury, said: "Last night we lost one of our own, we are truly lost for words and we cannot comprehend why or how it has happened."You weren’t just King Cole Kershaw you were part of the BrickCity family, always in with a cheeky smile and always gave 1000% effort and you were a true inspiration to watch.