Katie Price 'banned From S.e.x For Two Weeks' After Breaking Both Feet In Horror Tumble 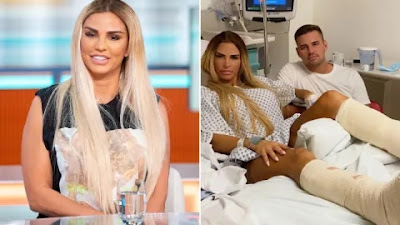 Katie Price has reportedly been banned from having s.e.x for two weeks, as doctors advised her to lie down and not move following her foot operation.The former glamour model, 42, recently broke both her feet whilst on holiday in Turkey with new boyfriend Carl Woods and her children.And it seems as though poor Pricey just can't catch a break, as she's not allowed to engage in any intimate behaviour with Carl while her feet heal from the five-hour op.And her new man Carl now has to become Katie's "full time carer" as she won't be able to get out of bed for a fortnight, reports The Sun.A source told the publication: "Katie's been told she has to lie down and not move for two weeks when she gets home. 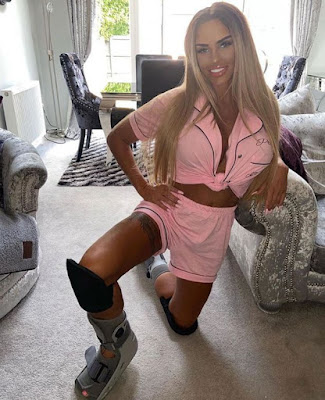 "She will have to keep her legs elevated to give her the best chance of recovery - and that means no s.e.x or moving around."Carl will basically be her full time carer - the only time she's allowed to move is to go to the toilet."It's going to be a real test but Katie will be following doctor's orders."Katie's already got her kids on wax duty, as she revealed her kids help her out with her waxing routine "because they love playing with it."Katie recently returned to the UK following her chaotic trip to Turkey to get new teeth fixed, only for her to return with two broken feet. 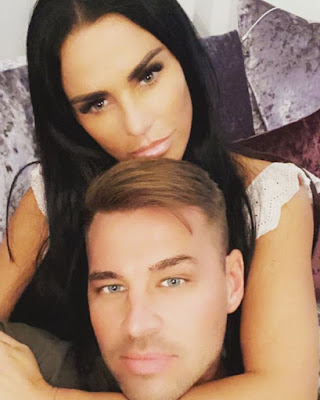 Katie and her children Junior, 15, and 13-year-old Princess, along with Carl had spent the past week in Turkey.The trip had been full of highs, but ended on a low when she sustained the injury at a theme park.Katie revealed in a video on her YouTube channel that she had jumped over a wall to take a shortcut, not realising how big the drop was on the other side.She suffered hairline fractures in her heels and will need surgery in the coming weeks.Katie was seen screaming in pain as doctors tended to her injuries and wrapped her feet and lower legs in plaster.She says she'll need a wheelchair and a mobility scooter to help her get around as she is unable to put any weight at all on her feet.