#BBNaija: I Feel Very Stupid Having Anything To Do With You, Erica Tells Kiddwaya [video] 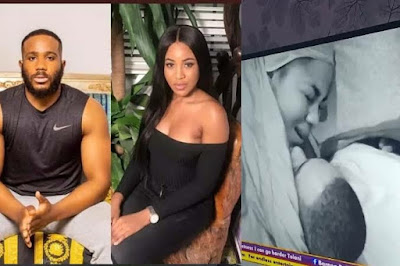 In what it may appear to be, the relationship between Erica and Kiddwaya who at the moment are among the most popular housemates in the Big Brother Nigeria Lockdown edition might be coming to an end soon.We all know how Erica and Kiddwaya have all been loving up in the house right from the second week of the show. Even Kiddwaya in the spirit of love and romance has said that his love affair with the beautiful Erica won’t end in the House.But unfortunately, Erica had asked Kiddwaya to stay away from her because he doesn’t support her publicly. And according to her, Kiddwaya allowed Wathoni to disrespect her in public.It all started on Friday when the Housemates were having a general discussion and Erica stated she can’t and will never chase a man.Reacting to Erica’s comment, Wathoni asked Kiddwaya if he didn’t chase any girl and Kidd replied saying he doesn’t chase girls.Kiddwaya’s statement got Erica upset so much that she left the garden in anger.On getting to the HoH lounge, Erica requested she and Kidd returned to being just friends after claiming the 27-year-old never supports her in public.“What am I even doing with you? I feel very stupid for having anything to do with you in the first place. You’re being a hypocrite,” Erica said“Wathoni’s behaviour makes me remember why I don’t like her in the first place. I know she doesn’t like me and I don’t like her.“She tries to throw shades but she never finishes anything. She gossips a lot, she tries to assume every time and then she tries to say kinds of stuff to start a drama.“You also added to it. If I’m with somebody I expect the person to always be on my side. You’re always trying to be safe.“You don’t always have my back. In private you chat me but in public, you try to sit on the fence.“Know where you want to stand and stand there, is anybody going to beat you? You need to stand for one thing. You saw that she was trying to throw shade at me and you still fell for it.”