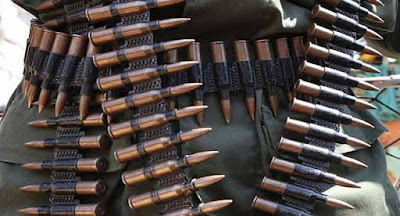 Gunmen suspected to be Boko Haram insurgents have attacked a community in Yobe State.The attackers went into Mashio community in Fune Local Government Council and started shooting sporadically, abducting the village head, Isa Mai Buba, and his son.The Police Public Relations Officer in the State, ASP Dungus Abdulkarim, and Acting Chairman of the affected Local Government, Abubakar Kolere confirmed the incident to Channels Television.They explained that the incident occurred on Saturday night, noting that the son of the village head escaped in the early hours of Sunday but his father is still in captivity. The attack comes a few days after 14 people were recently killed by gunmen at Ukuru village in Mariga Local Government Area of Niger State.The Police Public Relations Officer in the state, Abiodun Wasiu, confirmed the attack and casualty figure in a statement.But a resident of the community, Musa Audu, who witnessed the attack, narrated what transpired to Channels Television in a phone conversation.He explained that the gunmen invaded the community at a time when members of the vigilante were out of the community to patrol some of the forests in the area.Audu, whose cousin was among those killed by the gunmen, stated that the attack took place during the popular Mariga market which had many traders from various locations.He said bodies of 15 persons have been found, adding that many people who sustained injuries ran into a nearby bush and they were still being searched for.Meanwhile, the PPRO has disclosed that the state command is making efforts to rescue the traditional ruler unhurt.