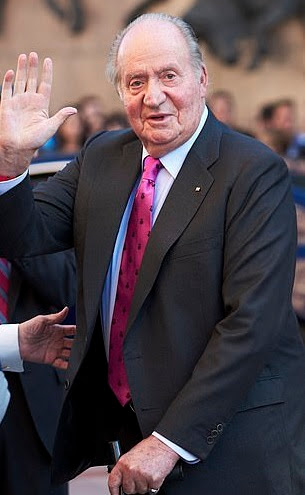 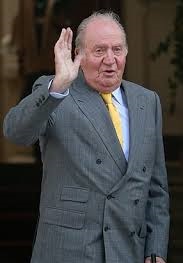 Spain's scandal-plagued former King Juan Carlos has fled to the UAE, the royal palace confirmed, following reports he was staying in Abu Dhabi with his mistress.The 82-year-old 'travelled to the United Arab Emirates on August 3 and he remains there,' a royal spokesman said without giving further details.Juan Carlos is believed to be staying with his 'most faithful friend for the past 40 years', 70-year-old Mallorcan interior designer Marta Gaya, in a £10,000-a-night presidential suite at the Emirates Palace Hotel. In a surprise move, Juan Carlos announced on August 3 that he was leaving Spain to prevent his personal affairs from undermining his son King Felipe VI's reign, but did not say where he would be going.The royal palace had up until now refused to reveal where Juan Carlos is living, saying he would announce it himself if necessary.While pro-monarchy Spanish daily ABC had reported that the former king had travelled to Abu Dhabi, other media singled out Portugal, where Juan Carlos spent part of his youth, or the Dominican Republic as possible destinations.