Lawyer Detained For Five Months By DSS Gets N2m Bail 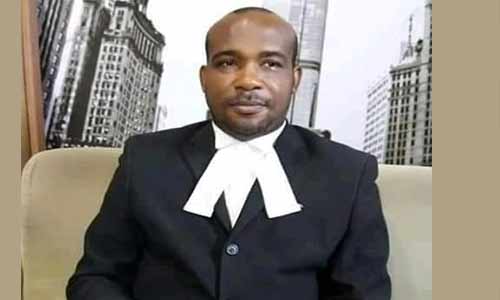 A lawyer, Emperor Ogbonna, who has been detained by the Department of State Service for about five months, was granted bail by the Federal High Court in Abuja on Tuesday.Justice Taiwo Taiwo granted him bail in a ruling on an application argued on his behalf by Chief Mike Ozekhome (SAN).Ozekhome said Ogbonna had been held unlawfully detained by the DSS since March 24, 2020.He urged the court to grant liberal bail to the defendant on liberal terms and conditions, as the applicant’s fundamental rights had been seriously breached.Government’s lawyer, Mr Isah Abubakar, opposed the bail on the grounds that the applicant would escape justice in view of the gravity of his alleged offence he was being detained for.However, in a bench ruling, Justice Taiwo agreed with Ozekhome that the law presumed the applicant innocent until found guilty by a competent court.The judge therefore granted him bail in the sum of N2m with two sureties in like sum.He however ordered that the applicant be remanded in prison pending the time he would meet the bail conditions.