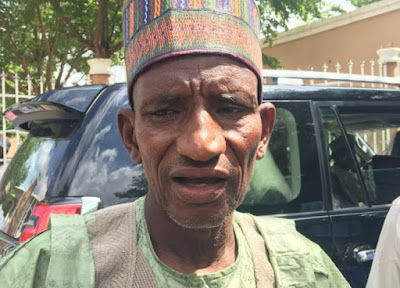 Alhaji Isah Mai Buba, the District Head of Mashio in Fune Local Government Area of Yobe State, who was abducted by unknown gunmen last Saturday and regained his freedom on Tuesday morning, has described what happened to him as an act of Allah.Mai Buba stated this in Damaturu while recounting his nasty experience in the hand of his captors.“The abductors were wandering with me in the bush throughout the night until I was rescued in the morning of Tuesday.“They did not touch me or do anything to me. They were just wandering with me in the bush. They were seven of them,” the monarch recalled.According to him, the sad event has never happened in his community and prayed that it will be the last.On whether he had offended or quarreled with someone recently that might be the motive for his abdication said, “I don’t know who I have offended. This thing comes from Allah and I take it that way.”He also revealed that the hoodlums who were seven in number were speaking Fulani and Hausa languages and that they did not maltreat him nor spoke to him throughout the traumatic hours he spent with them in the bush.