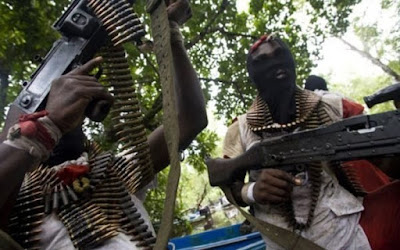 Three communities have come under attack in Niger, Katsina and Bauchi states, with 17 persons killed.

The bandits blocked the Pandogari Road, The Nation learnt.

There was speculation that some commuters were also killed and injured during the attack, but it could  not be confirmed at press time.

In Katsina, police confirmed the killing of eight persons in an attack by gunmen on Shau village in the Ruwan-Godiya community of  Faskari Local Government Area.

Spokesman Gambo Isah told newsmen that the incident occurred on Sunday night, adding that the gunmen attacked Shau village, razed many houses and wrecked the vehicle of the village head.

He said a combined team of security operatives engaged, putting them to flight.

A source told The Nation that various calls to the police were not answered as the bandits attacked the vigilante officials in Kagara.

After the attack, some angry vigilante men took the bodies of their colleagues to the police divisional office in Kagara.

It was further learnt that the vigilante men also attacked the police office, destroying their armoury and taking away some ammunition.