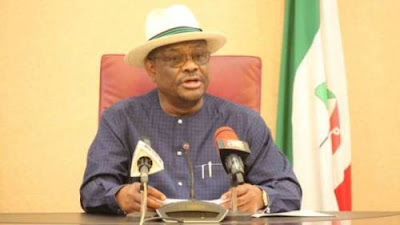 Despite earlier attempting to stop residents of Rivers State from embarking on peaceful protest against police brutality, Governor Nyesom Wike has now spoken in support of the reform of the Nigeria Police Force.

Wike had on Monday night said that all forms of protests had been banned throughout the state.

He also directed law enforcement agencies to ensure that the ban was enforced and that violators were brought to book.

However, after successfully defying that order by pouring out to the streets of Port Harcourt to protest on Tuesday, the Rivers governor quickly changed his stance by calling for an overhaul of the police in Nigeria.

He argued that if the police was not reformed, the government will transfer the same people under SARS to another units.

He said, "It is not only ending SARS, every Nigerian should support the total reform of the police.

"We shouldn't make a mistake, if we #EndSars as they have done, the same police people would be used to form another body.

"That is what I have always supported and called for."

Protesters in the state have insisted that more concrete steps must be taken on proscribing SARS since similar directives had been given in the past.