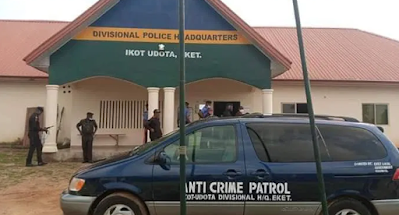 Three children of police officers have drowned in an open pit filled with floodwater at Eket Divisional Police barracks in Akwa Ibom state.

The Nation gathered the children, aged between 5 and 10, had gone to play in the open pit at about 5 pm on Tuesday when the tragic incident occurred.

Two of the kids, it was learnt, are of the same parents, an inspector, while the other belongs to another police officer whose names could not be confirmed at press time.

The Nation correspondent who visited the police barracks at about 8.30 am on Wednesday observed that carpenters were working to barricade the pit with plywood.

A source who pleaded anonymity said the pit was dug to collect floodwater in the barracks after rains.

The mother of one of the deceased children cried uncontrollably as sympathisers gathered even as none of the bereaved parents offered to speak on the incident.

However, one of sympathisers said it was a sad day for the families of the deceased children and the police community in Eket Divisional Police Headquarters barrack.

“They really need our prayers and support, as three children from two families drowned within the police barrack,” the source said.

”The victims went to play at the pit at around 5 pm on Tuesday evening and the parents came to discover that their children drowned at in pit.

”All the flood water in the police barrack are channeled to the pit which is part of an uncompleted drainage system”, he said.