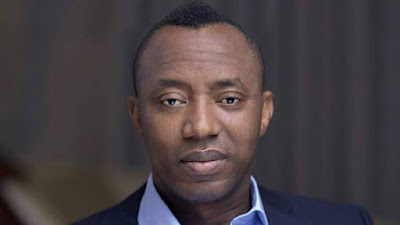 There was drama when the Nigerian activist and former presidential candidate, was reportedly sent home by #EndSars protesters.

In a viral online video, Sowore was being pushed and told to leave the protest ground as he wasn’t needed there.

His attempt to beg and explain himself was rebuffed by the #EndSARS protesters who didn’t want to hear anything from him but rather, were bent on him leaving the protest ground.

Reports have it that Sowore was sent away because the protesters did not want it to be infiltrated by any political view.

The protesters, however, advised him to show his support on social media and not in person.

Meanwhile, Sowore had recently said on his twitter handle that he would not be part of negotiations regarding #EndSARS, as some people were using it as a game to make money while noting that the only negotiation he would ever engage in was that of the surrender of the oppressors through #RevolutionNow.

See the video of Sowore’s disgrace making round online below.

#Breaking: @YeleSowore is at the protest ground again and the youths are demanding that he leaves. #AbujaProtests #EndPoliceBrutalityinNigeria #EndSWAT #EndSARS pic.twitter.com/msw2sxxd1i