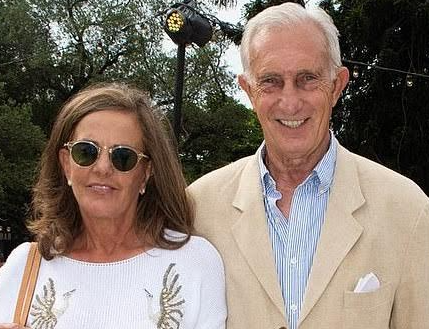 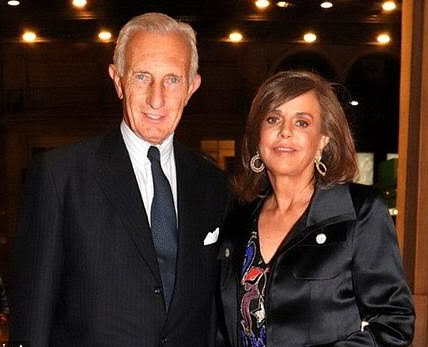 A businessman in Argentina killed the mother of his three children before he shot himself dead in a murder-suicide inside the couple's country club home, authorities say.

Police visited the home following reports of gun shots and found the bodies of Jorge Neuss, 73, and Silvia Saravia, 69, in their bedroom.

Saravia had already died by the time cops had entered the exclusive home at the Martindale Country Club in Pilar, Buenos Aires. Neuss was still alive when paramedics arrived at the home and subsequently rushed to Austral de Pilar Hospital.

He was declared dead upon arriving at the medical facility.

Investigators have ruled it a 'murder-suicide'.

Investigators at first thought the tragic incident was part of a suicide pact by the couple before an autopsy report released Monday revealed that Saravia tried to fend of her husband.

According to Noticias Argentinas, Neuss was found in a dressing room next to the bathroom looking at Saravia with what appeared to be a single shot to the right temple.

Neuss used the same .357-caliber magnum to fire a single bullet at his wife, shooting her behind the left ear. The bullet was lodged in her arm.

The shooting was reported to the authorities by two female residence employees. The attempted to enter the bedroom, but it was locked.

The couple's son Juan Neuss, who lived at a property on the country club grounds, rushed to the home and managed to open the door before discovering his parents.

The distraught son told local news outlets that his parents didn't have any problems and never fought, but that they were saddened by the recent news that he had been diagnosed with cancer.

An official closed to the investigation told Argentina state news agency Teleam that 'the autopsy and what was seen at the scene make us think that Neuss surprised his wife when she went to the bathroom, fought [with her], dominated her by grabbing her hair, murdered her and then shot himself in the head.'

Neuss also led several energy and finance companies in the public sector, including Neuss Capital, which played a role in start-up companies.