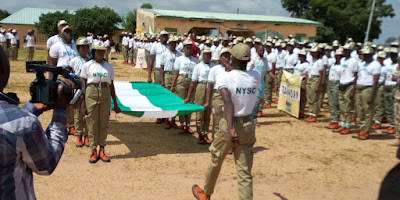 Four members of the National Youths Service Corps, who served in Ondo and Osun states, lost their lives in the course of serving their fatherland.

Also, at least 15 corps members in the two states had their service year extended for violating the rules of engagement.

Three corps members in Ondo State lost their service year, while nine others were not given their certificates of national service on Thursday as they were punished for various offences committed during the service year.

The Ondo State Coordinator, NYSC, Mrs Grace Akpabio, stated this at the passing out ceremony for the 2019 Batch ‘C’ (Stream 1) corps members held in Akure.

In Osun State, the death of a corps member was recorded, while seven others, who committed various offences, had their service year extended.

Three others, who abandoned their places of primary assignment will repeat service year, according to a statement by the state NYSC Coordinator, Adewale Adegoke.

The Ogun State NYSC has rewarded 360  2019 batch  ‘C’  stream 1 corps members  that served in  Ogun state with letters of commendation for exemplary services .

The Ogun State Coordinator, Dr Belinda Faniyi, said 4,714 corps members passed out in the state, adding that five of them were sanctioned for violating the rules of the scheme.