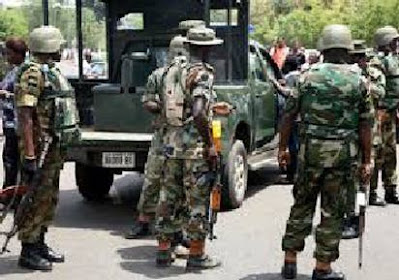 On the heels of the on-going nationwide protests, a coalition of civil society organizations has called on the Federal Government to prevail on the Nigerian Army to suspend its planned ‘Operation Crocodile Smile VI’.

This is even as another coalition of labour and civil society groups also cautioned the Chief of Army Staff, Lt. General Tukur Buratai against facing the International Criminal Court, ICC, should any #EndSARS protester be killed by the military.

Speaking against the backdrop of the protests in Abuja, the over 30 CSOs, including Centre for Democracy and Development, CDD, Enough is Enough and Civil Society Legislative Advocacy Centre, CISLAC, condemned the military exercise as unacceptable, alleging it was designed to crush the civil protests.

The Army had said it would commence Exercise Crocodile Smile VI, which is usually conducted annually to checkmate the activities of criminals across the country during the ember months. It noted that this time, the military operation which would run from October 20 to December 31, would carry out cyber warfare operations to counter negative propaganda by criminal gangs and groups in social media and across the cyberspace. CSOs warn Army Read more at:https://www.vanguardngr.com/2020/10/endsars-military-should-remain-in-barracks-till-protests-end-csos-tell-fg/