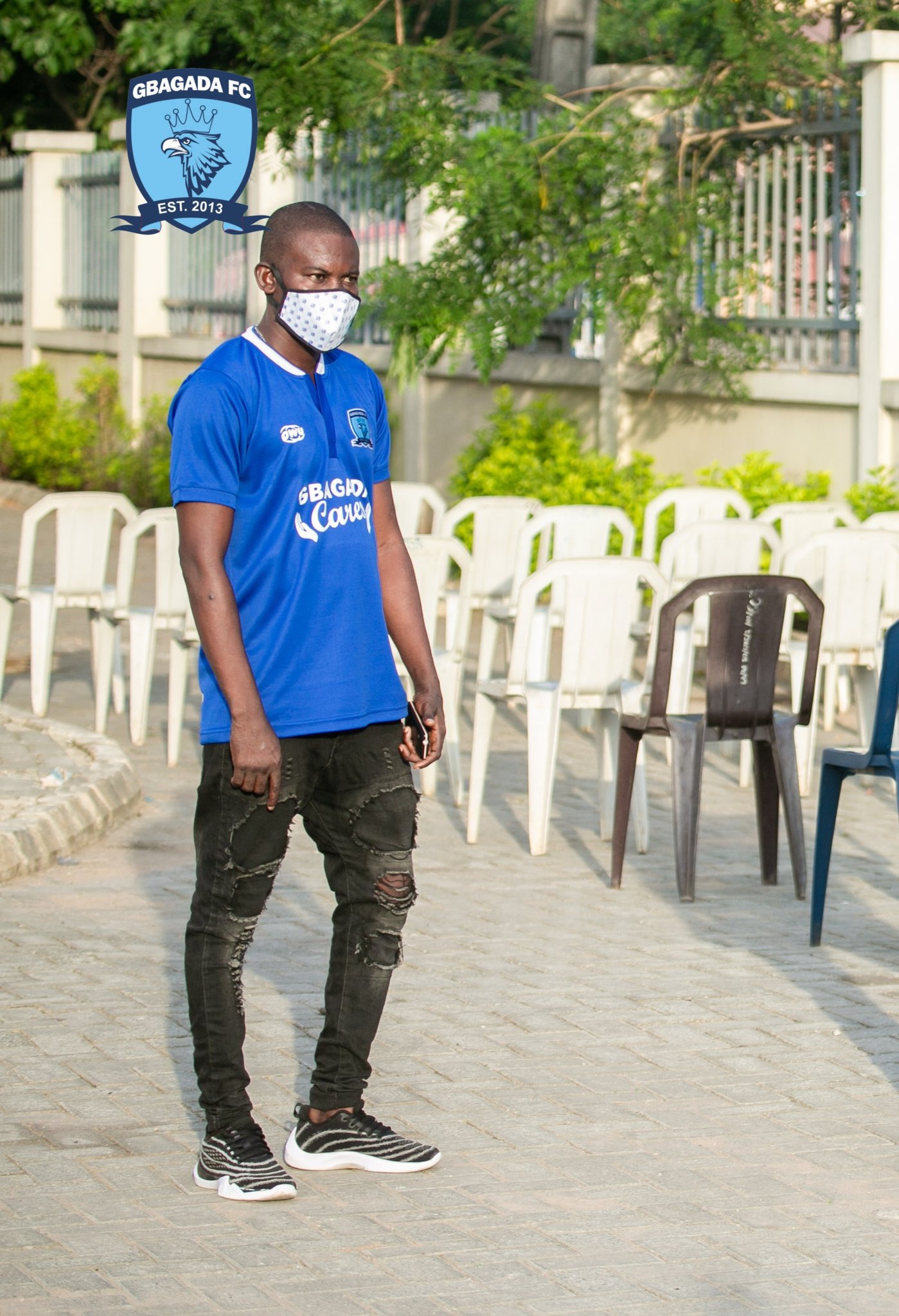 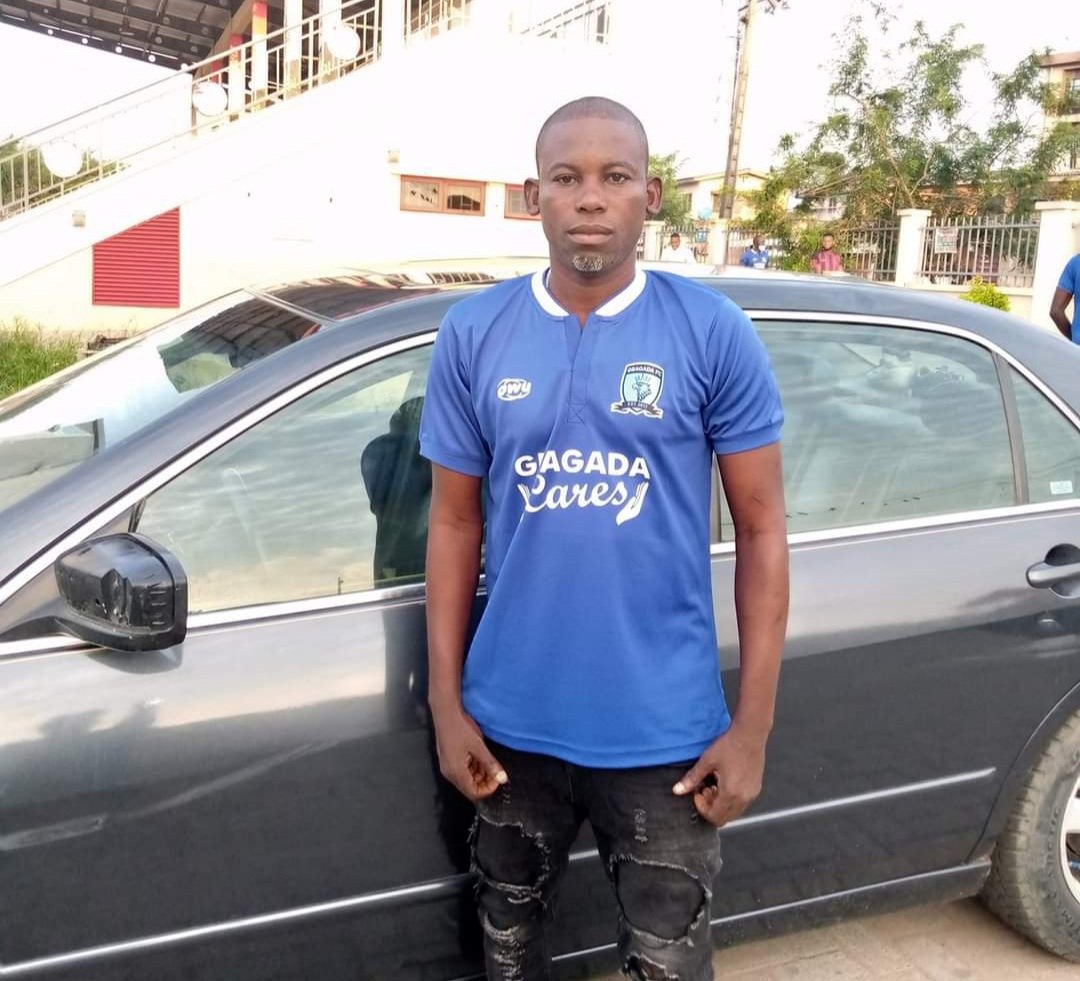 Gbagada FC has reported the passing away of one of their own -- Adeyemi Sunday who was a fan. He reportedly lost his life today from a gunshot wound sustained from a police bullet.

His sudden passing away was announced on social media thus;

''We are saddened by the news that one of ours 'Adeyemi Sunday' a vibrant fan has just passed on as a result of a gunshot wound sustained from the Police Authority in Gbagada earlier today. We have lost a big one in the Blues family. Broken heart 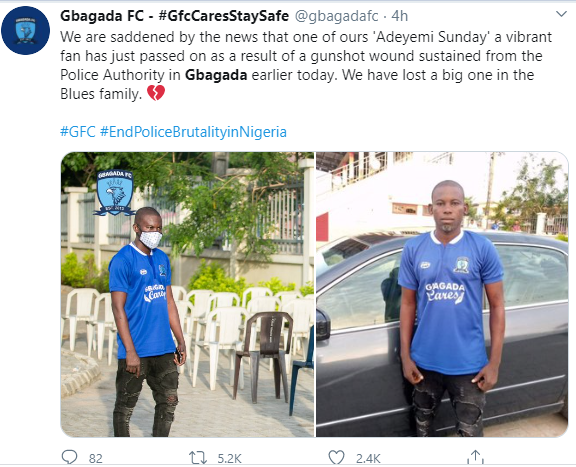