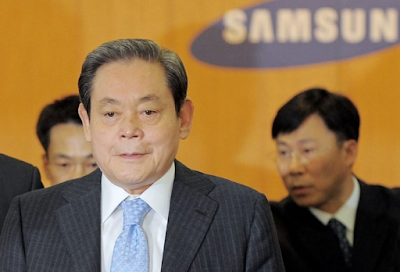 The company announced his demise in a statement.

It said Lee passed away with his family, including Vice Chairman, Jay Y. Lee, by his side.

“Chairman Lee was a true visionary who transformed Samsung into the world-leading innovator and industrial powerhouse from a local business,” Samsung said.

The firm’s turnover is equivalent to a fifth of the gross domestic product of South Korea, the world’s 12th largest economy.

Lee would be remembered for turning the brand into a global giant.

The deceased’s son, Samsung Electronics vice chairman, Lee Jae-Yong, has been running the company since his 2014 heart attack.

Lee junior was jailed for five years in 2017 after he was found guilty of bribery and other offences.

He was cleared of the most serious charges on appeal and released in 2018. A retrial is ongoing.