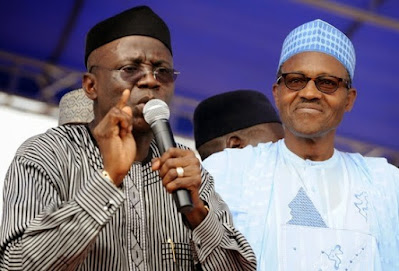 Pastor Tunde Bakare has offered to the nation’s leadership a blueprint for the rebuilding of Nigeria, the disillusionment about which triggered the recent protests by Nigerian youths.

In a speech from the pulpit on Sunday, Bakare recalled the hopes of Nigeria’s founding fathers and how the hope has now turned into despair.

“Fellow citizens, at the root of the issues that confront our nation is a foundational problem of nationhood that has persisted from one administration to another and provided a conducive environment for the State-Aided Robbery Squad (SARS).

“Until this foundational problem of nationhood is addressed, the call to End SARS will persist long after the disbandment of the Special Anti-Robbery Squad. No degree of brutal repression of protesters can quench the flame of protests in the hearts and minds of the Nigerian people. Your bullets may drive them off the streets, but your bullets cannot pierce their spirits or puncture their resilience”.

Bakare blamed what he now called a Tsunami of youth protest to the mismanagement of the Nigeria bequeathed by the foundational leaders.

‘At independence, we inherited a promising nation, but we are bequeathing a predatory nation to the young generation.

“We inherited a nation whose structural foundations were built on principles of true federalism, a nation in which the diverse groups had the freedom to determine their destinies, but we are bequeathing a unitary nation, federal only in name, in which subnational expressions are suppressed by an overbearing centre.

‘We inherited a nation in which free and functional basic education, as well as affordable and quality tertiary education, guaranteed the path from penury to prominence, but we are bequeathing a nation whose educational system is lying-in-state.

“We inherited a nation where a young graduate was guaranteed immediate employment with housing and a car loan, but we have bequeathed a nation in which our youth are largely underemployed, unemployed or Yahoo-employed.

‘We inherited a relatively secure nation characterised by a thriving nightlife and a peaceful village life, but we have bequeathed to the younger generation a society grappling with kidnapping, banditry, terrorism, and police brutality.

‘We inherited a banner without stain, but we have introduced a new colour to our green-white-green: blood red.”

Read the full text entitled: THE BUILDING BLOCKS OF NATIONHOOD: A BLUEPRINT FOR THE NEW NIGERIA below...

Introduction: A Banner Without Stain

Citizens of our beloved great nation here present; Nigerians at home and in the diaspora joining us via various media platforms; friends of Nigeria across the African continent and the world; political leaders, policymakers and bureaucrats from the national and subnational levels of government; private sector stakeholders; the intelligentsia, opinion moulders and thought leaders from various institutions of knowledge; gentlemen of the press: When our nation attained independence on October 1, 1960, it was with fervent faith in the possibilities of a great nation that our founding fathers lowered the British flag and hoisted the Green-White-Green. Their dream of a great nation was etched in the lyrics of our founding national anthem,

The second stanza of which states:

Our flag shall be a symbol That truth and justice reign In peace or battle honour’d, And this we count as gain, To hand on to our children A banner without stain.

In the past week, we witnessed with great sorrow the desecration of our nationhood as Nigeria’s armed forces stained the banner of our nationhood, the Nigerian flag, with the blood of our children, the Nigerian youth, to whom our founding fathers charged us to handover a banner without stain. It is, therefore, with a heavy heart over the current state of our nation, but with resilient hope in the possibilities of a New Nigeria, that I bring you this State of the Nation Broadcast originally intended to celebrate Nigeria’s 60th Independence Anniversary. In this moment of despair and sobriety, I have titled my address ‘The Building Blocks of Nationhood: A Blueprint for the New Nigeria’ because this dark chapter of our history is not how Nigeria’s story ends.

The Birth Pangs of Nationhood

All across the nation, there is a wave of people movement. It is a wave of citizen engagement championed by the so-called ‘ordinary Nigerian’ who has proven in extraordinary terms to be by no means ordinary. It began in Edo State with an awakened and resolute electorate defying the political establishment to make their voices heard and their votes count. In the past couple of weeks, that wave has been transformed into a tsunami of people movement led by our young people who have had enough of the horrendous brutality of the now-disbanded Special Anti-Robbery Squad (SARS). I believe that this wave of people movement is the physical manifestation of the birth pangs heralding the New Nigeria.

As I observed the End SARS protests, I could not but conclude that we are witnessing the crescendo of an era and the beginning of another. Ten years ago, when we convened civil society organisations under the umbrella of Save Nigeria Group (SNG), our objective was not to be the voice of the people, but to restore the voices of the voiceless in a nation where social mobilisation had been frozen for too long at that time. Ten years later, the End SARS protest has assured me that a generation of Nigerians has arisen, armed with clear and unmistakable voices, refusing to dim their lights or turn down the volume of their requests, because we have entered the era of ‘Soro Soke.’ I salute the courage of this unbreakable generation; I salute the resilience of every Nigerian youth, named and unnamed, who has stood up to be counted in this momentous era.

We remember at this time the heartbreaking tales of extortion, torture, rape, and murder that drove our young people to the streets in the first place. We remember Linda Nkechi Igwetu who, in 2018, was reported to have been shot in a friend’s car by SARS operatives the day before her passing out parade, after serving her nation as a member of the National Youth Service Corps (NYSC) in Abuja. We remember Stella Ifeoma Abugu, another corps member, reported to have been raped and murdered while being unlawfully detained by SARS officials in Abuja. We remember Saliu Alli Haruna, a twenty-one- year-old student of Business Administration at Ambrose Alli University, Edo State, whose remains were found in a well after a reported raid in his hostel by SARS