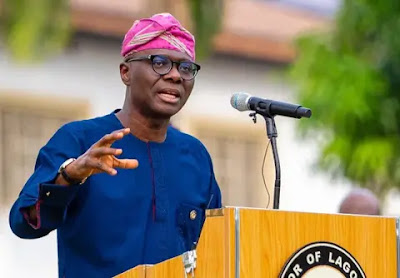 Governor Babajide Sanwo-Olu of Lagos State, yesterday, insisted that there were only two recorded deaths and no bloodstain at the scene of the Lekki Toll Gate shooting.

Several reports stated that no fewer than 30 protesters died as a result of the shooting which had generated public outcry after security operatives believed to be soldiers fired live bullets into the crowd of protesters at the Lekki Toll Gate at Admiralty Circle Way.

“From the footage that we could see, because there were cameras at that facility, it seems to me that they would be men in military uniform. That’s what the footage shows.”

While insisting that there was no form of international pressure as a result of the protests, Sanwo-Olu said: “I genuinely believe there would be change. For two reasons; what has happened, especially in Lagos is extremely unimaginable. It was also a clarion call for all of us in government understanding and realizing what the youths want us to be doing. It hit all of us like a thunderbolt and it was just a wake-up call.”

Sanwo-Olu assured that the Close Circuit Television, CCTV, footages will be part of the investigation by the judicial panel already set up to investigate the incident, which according to him has already started sitting on Monday.

He said: “People have claimed that their friends and family members have been killed or went missing over the years. That is what the judicial panel is meant to do. It is to answer all the unanswered questions and ensure justice.

“We will invite those who have one case or the other to try and identify those officers who were responsible.”

When asked if he was committed to a full investigation of the incident, the governor responded, “absolutely”.

He said: “It’s beyond my control to mete out punishment to those found culpable; however, those responsible will be held accountable.

“I am not the Commander-in-Chief of the Armed Forces. The report will be out; we will channel the report to all the relevant authorities in the State to ensure everyone that is found culpable is accountable for the act.”

“I have been an advocate that indeed, they should be scrapped, let us have genuine reforms and let us have a better conversation of how we police our citizens and the State so that we can have more enduring citizens and police relationships.”