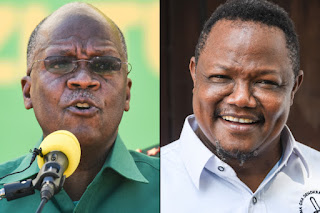 Tanzanians are voting today in a general election, amid reports of internet shutdown and the refusal of government to accredit thousands of election monitors.

In addition was the arrest of an opposition leader, Maalim Seif Sharif, in the semi-autonomous islands of Zanzibar.

Voters have until 16:00 local time (13:00 GMT) to cast their ballot. Results are expected to be announced within one week.

Tanzanians began complaining about a blocked internet since Monday.

Twitter weighed in on the problems on Tuesday, confirming it was “seeing some blocking and throttling” of its services ahead of today’s polls.

It appealed for the respect of “basic human rights”.

“Internet shutdowns are hugely harmful, and violate basic human rights and the principles of the #OpenInternet #KeepItOn”, Twitter said in a tweet.

In the election, President John Magufuli, whose Chama Cha Mapenduzi (CCM) party has ruled Tanzania since independence in 1961, is seeking a second term in office.

His main challenger is Tundu Lissu of the biggest opposition party, Chadema, who survived an assassination attempt three years ago.

He returned from Belgium in July where he had undergone rounds of treatment for gunshot wounds.

The BBC reports that 15 candidates are running for president.