8-year Old Boy Hailed As A Hero After Saving His Mum, Sister And Pet From Fire [photos] 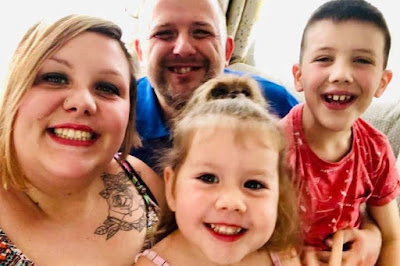 A hero eight-year-old boy saved his mum, sister and pet rabbit from their burning home after he luckily woke early and alerted the family to the blaze.

Amy Brown was alerted to the fire by son Jenson early on October 13, who had gone downstairs to watch television at around 6am.

But he soon raced back upstairs to tell his mum the screen had exploded - the fire turned out to have been caused by the tumble dryer setting on fire.

The family were forced to flee the house in Swindon, Wilts., as the flames spread quickly, eventually gutting the house - costing them everything.

A fundraiser has since been launched to help Amy and partner Richard Bird out, which has already topped £1,000.

"If he had stayed in bed that day things could have been very different. We're not going to get him to stay in bed again!

"As I came downstairs I could see smoke starting to come under the kitchen door. He alerted me to the fact there was something wrong." 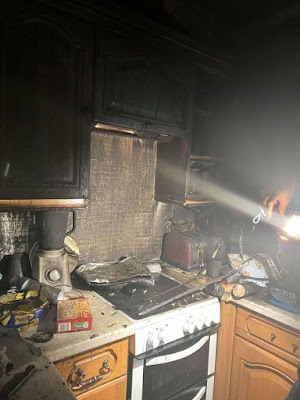 Amy then took the children outside and went back into the kitchen - where the smoke was so thick that she couldn't see the family rabbit, three year-old Naala.

The local fire service was then called and, happily, managed to rescue the pet, who appeared none the worse for her ordeal.

But Amy added: "Everything we had is just completely destroyed. The insurance company has told us there's nothing that can be fixed. We've lost everything. 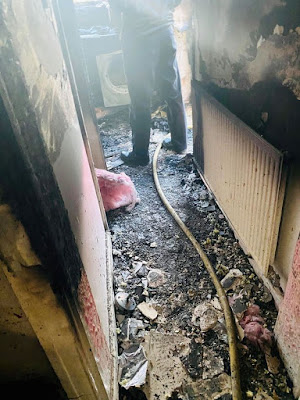 "[The fundraiser] is not something you expect. I was shocked by the fact she'd done it in the first place.

"It warms my heart to know there are people out there willing to help when help is needed."