Rare Parasites Which Can Cause Human Miscarriages Now Found In Donkeys 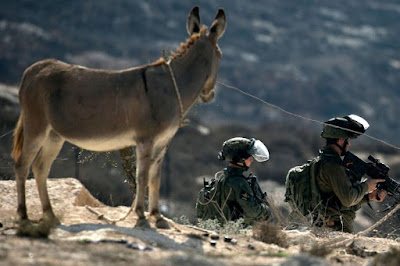 Rare parasites which can cause human miscarriages have been found in donkeys, it has been claimed.

Scientists in Israel reportedly believe the animal carries Toxoplasma gondii and Neospora, major pathogenic parasites that can have a detrimental impact on pregnant women.

They can infect multiple animal species, forming tissue cysts and may cause miscarriages as well as neurological disease, according to a report published on website Horsetalk.

Both types of parasite have been reported in the wild as well as domestic animals in the Middle Eastern country.

As part of the study, 98 donkeys were examined, half from animal shelters and the other Palestinian Authority working donkeys.

Results showed 94 percent had antibodies against Toxoplasma gondii and 70 percent for Neospora, with cysts caused by the latter parasite detected in two donkeys.

"This is the first report of the exposure of donkeys to Toxoplasma gondii and Neospora species in the area," according to the researchers.

"The exposure of donkeys to both parasites was considerably higher than the exposure of other species in the area and may be the result of poor husbandry conditions and higher exposure to infection.

"The high prevalence found in this study suggests that donkeys may have a role in the maintenance of these parasites in the area, thus serving as a source of infection for the definitive hosts."

A common finding was that high exposure to both parasites may have been the result of poor sanitation tied to low-income populations, which increases the chances of water-borne exposure to the parasites.

"Half of the donkeys in this survey were sampled in animal shelters that receive neglected donkeys from various locations, while the other half were sampled in Arab villages in the Palestinian Authority, by a veterinarian giving free veterinary care through a humanitarian organisation," the report added.

The study was conducted with the support of The Hebrew University of Jerusalem and the Kimron Veterinary Institute in Bet Dagan, Israel.