Queen 'will Step Down Next Year And Make Prince Charles King', Expert Claims 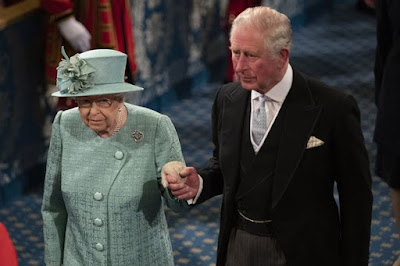 The Queen will step down and make her son, Prince Charles, king when she turns 95, a royal expert has claimed.

The Monarch will celebrate her 95th birthday in April, meaning we could see a change very soon if biographer and commentator Robert Jobson is correct.

Speaking on True Royalty's Royal Beat programme, Jobson explains: "I still firmly believe when the Queen becomes 95, that she will step down."

Royal reporter Jack Royston agreed, but said it will be a difficult decision for the Monarch, who has been on the throne since February 1952.

He said: “I think she won’t want to, but realistically she will get to a point where she has handed over everything to Charles and then how to do you look your son in the eye and tell him he is not going to be King?”

The Queen was forced to stop carrying out engagements during the lockdown, but joined Prince William for her first outing in seven months earlier this month.

However she's been working hard behind closed doors throughout the pandemic, speaking to politicians and getting regular updates from medical experts.