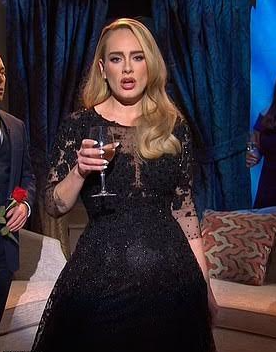 The Someone Like You hitmaker, 32, has apparently been flooded with offers from TV networks, brand and marketing firms who were hoping to cashing in from her incredible body transformation.

But according to The Sun, the star has rejected them all amid claims she doesn't want to be a 'Kardashian clone' by earning a quick buck through deals and instead wants to focus on her new album.

They added of the beauty, who is reportedly worth £150 million: 'Firms have pitched the Oscar-winner deals galore, but she wants to shy away from being a Kardashian clone by earning loads from a side hustle.'

Adele is said to have lost a staggering seven stone due to a 1,000 calorie a day diet and upping her exercise, and she showed off her dramatic transformation on her 32nd birthday.