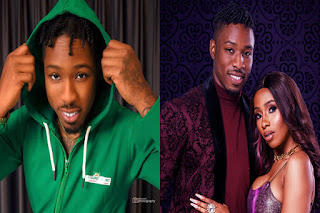 Lmaooooooo this is the second male celebrity that wikll be syaing he is free shortly after a relationship breakup. TF! What is wrong with you guys, who tied you down? Lmao...

So May D breakup with his beautiful Swedish wife who bore him a son -- his second child tho -- he has ine from his Nigerian girlfriend of many years. And while announcing his marriage was over, he said I AM FREE NOW. Seriously TF??? Lol.

And now reality star, Ike Onyema has confirmed he and Mercy Eke are actually done for good, and he is also singing the 'i am free' song. Nah... you guys need to start doing better, lmao.

Recall Mercy had let the cat out of the bag saying she was no longer with Ike and that as a matter of fact, before her controversial 27th birthday, she and Ike were no longer an item.

Now Ike is firing back saying they are done for good and he is thankful God has freed him. IKe made this known when a fan said they wanted attention for the second phase of their reality show, while another also prayed God will op[en doors for the ''heartbroken'' man. 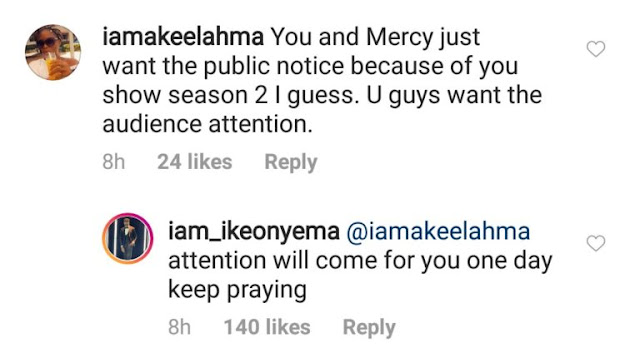 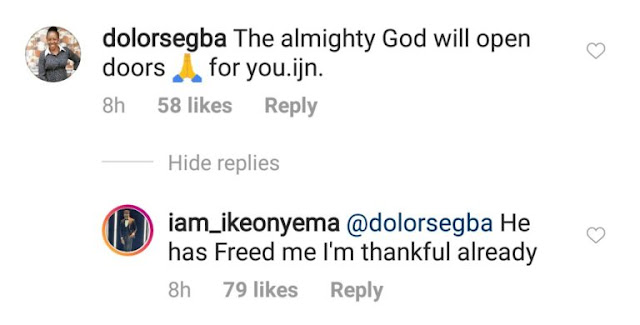