Filmmaker HG2 Accuses Davido Of Trying To Kill Him Again 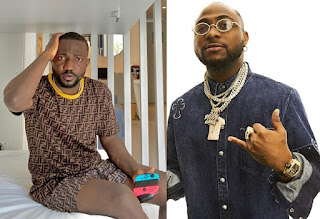 What is all these nau? Popular filmmaker HG2 who months ago claimed Davido and his team beat him up with a base ball bat and left him to die is accusing the singer of yet another one.

Shortly after making the call out, HG2 deleted the tweets back then. Now he is making another accusation saying he has heard Davido's plans of trying to kill him and he just wanted to tell him if he dares tries him, he will be trying God because he is an orphan.

The accusation has left a mild war between Davido's fans and that of HG2. 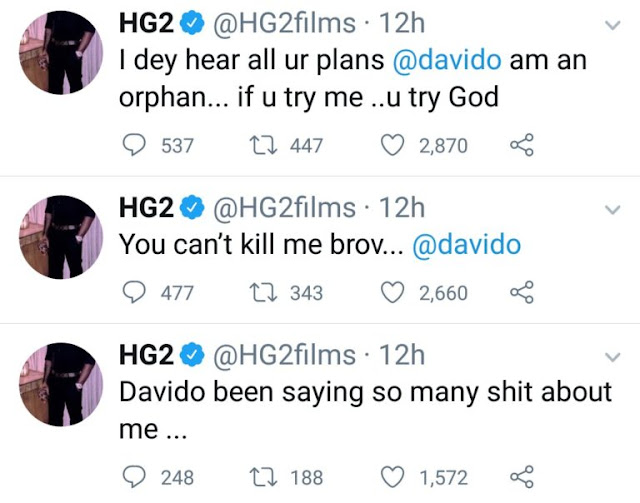