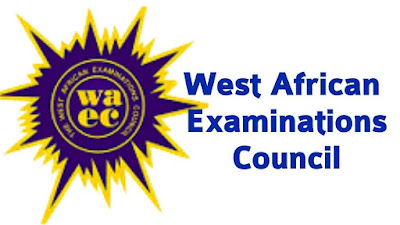 Panic has gripped parents and candidates who sat for the 2020 West African Examinations Council (WAEC), as the body withheld the results of all candidates that sat for it in all public schools in Ekiti State.

Parents and wards, who besieged their respective schools to collect the results released a few days ago were disappointed, as they were told that they are yet to be released.

The same disappointing scenario played out in some of the cybercafés (ICT centres) where the candidates had gone to check their results in Ado Ekiti metropolis.

WAEC, on Monday released results across the country through a well publicized statement signed by its Registrar.

The 2020 edition of the examination was the most tension soaked in the history of the country, as the schedules had to be shifted from April to August due to the global COVID-19 pandemic that necessitated closure of schools across the country.

The candidates and their parents got more incensed by the rumour flying around on social media that the results were withheld due to Governor Kayode Fayemi’s government’s indebtedness to WAEC.

It was being widely rumoured that the state is still owing several millions of naira being the free WAEC fee declared for all students in public schools by Fayemi, as part of the pivot of his free education policy.

The state government has been paying the WAEC fee of all students in public schools since the advent of Fayemi’s second term in 2018.

One of the parents said: “The government must have pity on these students who had to stay at home for months before the examination was written.

“They must please look for ways to sort out whatever caused this unwholesome development, because many of the candidates will use the results for university admission. We plead and beg that the government must do this fast”.

But the State Commissioner for Information, Mr, Akin Omole, doused the tension generated, debunking the allegation that the state’s indebtedness to WAEC necessitated the withholding of the results.

Omole clarified that the results were put on hold owing to computation mistakes made by WAEC and not because of debt.

“The seizure was caused by the mistakes made in some of the ways the results were computed. The issue of Ekiti owing money doesn’t arise, it was a blatant lie.

“The government immediately contacted WAEC and it tendered apologies to the state.

“We appeal to our candidates and parents not to be ruffled by this, the government is handling the issue with all seriousness.

“Going by what WAEC said, the results will be released either on Thursday or Friday this week.”