Ladoja Impeached For Being Ungrateful To Adedibu - Obasanjo 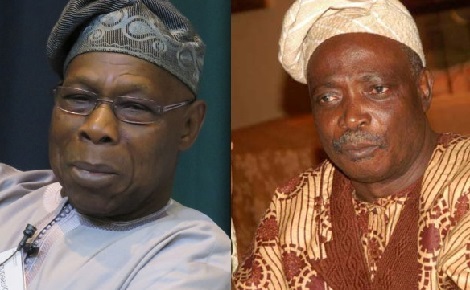 He spoke on Thursday in Ibadan, Oyo State, at the launch of Chief Adebayo Alao-Akala’s autobiography titled: “Amazing Grace”.

Obasanjo, who was the president at the time (2003 to 2007), and on the platform of the Peoples Democratic Party (PDP), said Ladoja deliberately failed to accommodate the two political leaders in his government.

He said his attempts to reconcile Ladoja with the duo were unsuccessful, as Ladoja turned deaf ears to all entreaties. He said he (Ladoja), however, paid heavily for it.

Adeojo from whom the party structure was wretched and Chief Adedibu who spearheaded the whole programme.

“I pleaded with him to make accommodation for both. He told me that they were all Ibadan people and they knew how to deal with themselves. He subsequently proved himself right as they dealt with themselves and he, Ladoja, came out the worse for it.

Alao-Akala who succeeded Ladoja in 2007 after serving him as deputy governor and acting governor when Ladoja was impeached, noted that he was a product of grace pencilled in the hands of the creator, who drew the picture of who he became today.

He added that God brought him from junctures where many who had great and greater hope of tomorrow fell.

He said the title of his autobiography, “Amazing Grace”, was not a happenstance, but rather an audacity of providence to bring him out of the dungeon of a hopeless tomorrow into the fulfilment of a destiny.