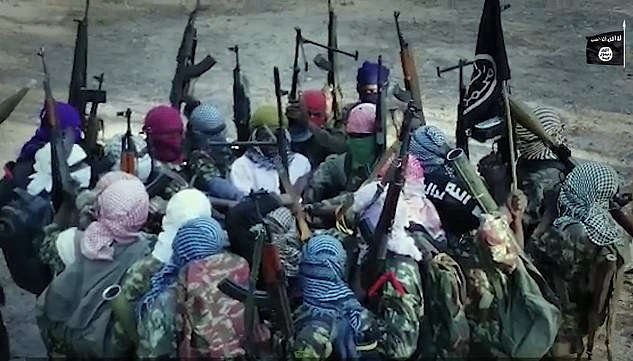 Islamist militants have beheaded more than 50 people, chopped up the bodies of victims and abducted women in a gruesome attack in Mozambique.

The bodies of dismembered victims were found scattered across a forest clearing on Monday after a football pitch was turned into an 'execution ground'.

At least 15 boys were among the dead, and some of the victims were teenagers taking part in a male initiation ceremony, it is believed.

The attack is the latest in a growing wave of jihadist violence in Mozambique by extremists linked to ISIS.

Some of the gunmen are said to have chanted 'Allahu Akbar' when they raided a village and abducted some of its women, while others slaughtered victims in nearby Muatide, according to BBC News.

'Police learned of the massacre committed by the insurgents through reports of people who found corpses in the woods,' said an officer in the Mueda district.

'It was possible to count 20 bodies spread over an area of about 500 metres (yards),' he added.

'These were young people who were at an initiation rite ceremony accompanied by their advisers.'

Jihadists have caused havoc in Mozambique's northeastern Cabo Delgado province over the past three years, ravaging villages and towns as part of a campaign to establish an Islamist caliphate.