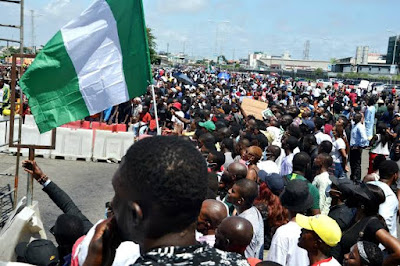 The Corporate Affairs Commission (CAC), responsible for the incorporation of organisations and businesses in Nigeria, has announced the cancellation of the registration of Enough is Enough, a business organisation linked to one of the leaders of the #EndSARS protest.

“Further to cancellation of the Business Name registration “Enough is Enough BN 2210728”, the Corporate Affairs Commission wishes to inform the public that the proprietors of the cancelled Business name are:

“The name was cancelled based on the provisions of section 579 (2) of the Companies and Allied Matters Act (CAMA).”

Ms Adamolekun, an activist, is the head of a non-governmental organisation, EiE, and is believed to be, alongside the NGO, the main target of the CAC.

The EiE, also called Enough is Enough Nigeria, began operations in January 2011 but was formally registered in July 2012.

The organisation has advocated against human rights violations in the past and actively participated in the #EndSARS protest against police brutality and the excesses of its Special Anti-Robbery Squad (SARS).

The CAC first announced its decision on Tuesday.

In a couple of tweets on Tuesday evening, the CAC announced the de-registration of the business, with immediate effect, stating that the name is deceptive.

“Based on the provisions of Section 579 (2) of the Companies and Allied Matters Act, (CAMA), the Corporate Affairs Commission has cancelled the registration of the Business name “Enough is Enough BN 2210728” with immediate effect.”

The above section provides, amongst others, that the commission has the power to cancel the registration of a Business Name where the name is “deceptive or objectionable.”

According to the government agency, EiE was registered in 2012 to engage in General Contracts, Sales of Sport Equipment/Promotion but has “deviated from its main objectives over the course of time.”

“Consequently, the Commission has removed it from its database and advised the proprietors to surrender the certificate earlier issued to them,” the statement read.