Looks like Okocha's family is blessed with real soccer talents .His 18-year-old nephew whose name is Alex Iwobi captains Arsenal's Under 21 side. 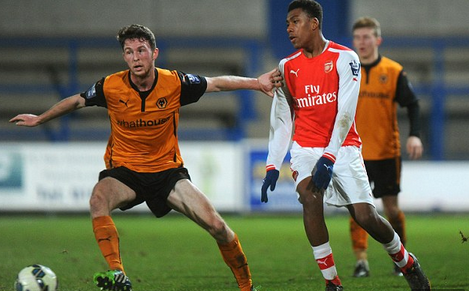 England and Nigeria are involved in a tug of war over Arsenal starlet. According to reports , he has already signed professional terms with the club.

Alex Iwobi who was born in Lagos, has represented England at Under 16, Under 17 and Under 18 level but Nigeria want to snatch the forward from under the FA's noses. Iwobi is close to making his first-team breakthrough at the Emirates Stadium. He featured on the bench for Arsenal's Champions League clash against Galatasaray in December.

The youngster, who can play on either wing, scored eight times in 35 appearances for Arsenal's various youth sides last season. 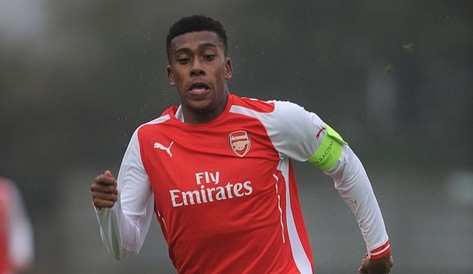