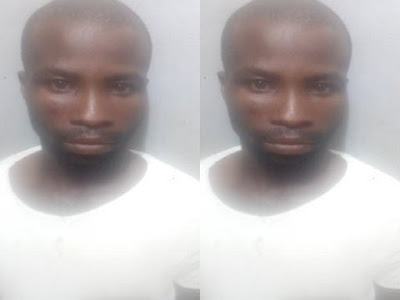 The deceased, Oritoke Manni, 26, who was a bar attendant at KC Hotel, Apakin Town, Lekki, was declared missing last month after she was said to have gone to Titilayo’s house.

The Nation gathered that Titilayo allegedly called Manni to come to his 29, Otulu Town, Lekki residence but never returned.

Following her disappearance, a missing person report was made at the police and a search commenced with no trace of her until November 7 when her decomposing body was excavated by a Caterpillar at Adron Homes construction site in Otulu.

In the course of the investigation, it was learnt that police found out Titilayo went to the deceased’s place of work to ask after her, a move being considered as a possible cover-up for the alleged crime.

Confirming the suspect’s arrest Thursday, spokesman, Olumuyiwa Adejobi said an engineer, David Adegbago, of Adron Homes and Properties, reported to the Police Station at Akodo that while the company was excavating its site at Otolu Town, their Caterpillar exhumed a decomposing corpse.

“The police detectives swung into action and the corpse was identified by the staff of the hotel to be Oritoke’s. The corpse was evacuated to a public morgue for autopsy.

“The police placed a manhunt on the suspect and he was arrested. He is being detained at the SCID Panti and giving useful information to help the police investigation.