One Akodogbo Doheto, a 60-year-old â€˜okadaâ€™ rider in Lagos is presently cooling off in police custody after his 57-year-old lover died during their s'ex romp. 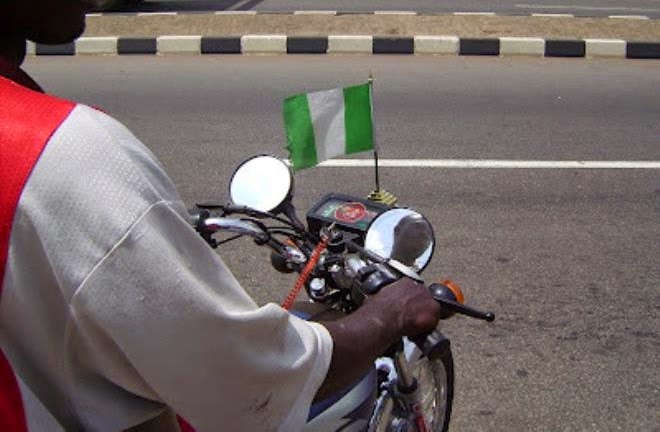 WAPBAZE gathered that, the sad incident, which happened in the Salu area of Badagry, has thrown the two families and residents of the area into confusion as no one could tell the circumstances that led to the woman's demise.

It was gathered from reports that the deceased, who worked at Badagry General Hospital as a nurse before she retired, has been having an affair with Doheto in the past two years and they have severally â€˜played matchesâ€™ on bed without any incidence, but such was not the case on January 2, 2015, when the unexpected happened. His lover slumped and died in the heat of the moment.

But some have said that woman had been having health issues in the past and the two had stayed away from each other until they met and rekindled their love affair during the yuletide season during a community carnival.

According Doheto, a father of one, who is now in police detention, Fairet had visited him on the sad day and after expended themselves on the bed, Fairet slept off.

Trouble, however, reared its ugly head when he woke up the next morning to discover the lifeless body of his lover.

"We have been lovers for more than two years, but we had to end the relationship because of her health condition. She is hypertensive.

â€œBut we met during the carnival in Badagry and we discussed. We spent time together and had a lot of fun together at the carnival.

â€œLike school children, the old flame was rekindled and we decided to continue the affair. She agreed to spend the night at my place. By the time I woke up in the morning, I tried to wake her up, but she did not move; her body had already become lifeless and stiff. I was alarmed and alerted my neighbours.

â€œThey said this was beyond them and that the police needs to be involved. That was how the police was contracted. I did not kill her.

â€œWe were lovers. She came to my house on January 2 at about 8.30pm. When we came back from the carnival, we had just one round of sex, after which we both slept on the bed, and there was no problem.

â€œI am not responsible for her death. She was hypertensive and it might be her condition that caused her sudden death. I work as an â€˜okadaâ€™ rider. I am married and have one child, but my wife does not stay with me," Doheto narrated.

The case, which was initially reported at the Badagry Divisional Police, is currently being investigated at the State Criminal Investigation Department, SCID, Yaba, Lagos.