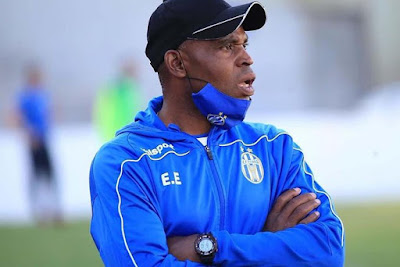 Ndubuisi Egbo has been sacked at Albanian club Tirana after poor performances months after helping them to win the League title which was a big record in history.

The ongoing League season in Albania has not been rosy for KF Tirana which made the management of the club to decide on firing the Nigerian coach.

Playing 11 games in all competitions, Tirana only managed to win three which the club's chiefs considered as not a good one.

Egbo guided Tirana to win their first League title in a decade and became the first African coach to achieve the feat.

Former Nigeria 🇳🇬 goalkeeper, Ndubuisi Egbo has been sacked as coach of Albanian side FK Tirana over poor run of form just less than four months after he led them to the league title in the 2019/20 season.#AfricaSoccerZone #ASZ pic.twitter.com/bRyb62fOa6