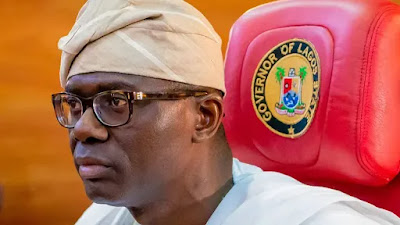 Brig. Gen. Ahmed Taiwo of the Nigerian Army has alleged that Governor Babajide Sanwo-Olu invited the military during the EndSARS in Lagos to avoid total anarchy.

He spoke on Saturday when he appeared before the Lagos Judicial Panel on SARS.

The panel is also probing the Lekki toll plaza shooting by soldiers on October 20, 2020.

The senior officer reminded Nigerians that the situation in Lagos had gotten out of control.

The General cited the killing of police officers, burning of stations, and looting of armouries.

Taiwo recalled that it got to a point where hoodlums blocked several roads and extorted citizens.

He showed the panel a video of how a mob killed someone, set the body on fire and discussed sharing the body parts.

Taiwo noted that the scenes are reminiscent of the Liberian Civil War “when the fighters believed that once they consume the human body, they would be fortified”.

“It was these incidents that made the Governor of Lagos State ask for military intervention and in my opinion, that was the correct thing to do since the police had been overrun and policemen were fighting for their dear lives.”