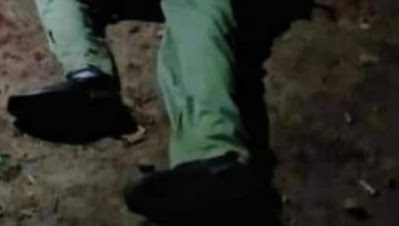 A middle-aged Kenya Forest Service (KFS) officer in Embu County on Friday night shot and killed his wife before fatally turning the gun on himself.

It remains unclear why Justine Mutwiri, who was attached to Njukiri Forest in Embu County, fatally shot his spouse, Christine Kagendo.

However, it is suspected that a marital conflict led to the attack. The incident happened at Sunmoon area in Embu West Sub-County, police say.

“We recovered two spent cartridges from the scene of crime. We understand that he (Mutwiri) had 30 bullets with him. He spent two in fatally shooting his wife and himself,” Embu OCPD, Charles Kinyua, told K24 Digital.

The bodies of the couple were taken to Embu County Teaching and Referral Hospital morgue.