Kemi Olunloyo Reacts To Davido Buying His Daughter Expensive Jewelry... As She Drags Wizkid In 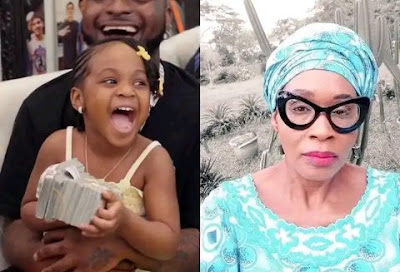 Despite most people warning Davido and Wizkid's loyal fans to stop comparing the two -- as  it could be dangerous... Kemi Olunloyo has thrown caution into the wind and has dragged wizkid into Davido's matter.

Davido days ago in the US had taken his second daughter, Hailey AAdeleke out for shopping. While at a Diamond shop, the singer told the shop attendant to give his daughter anyone she points at.

He then told his daughter, ''your daddy is rich''.

Many Nigerians of his age hailed him, while others felt it was just a thing for the internet -- hype.

Ms Olunloyo has now waded in, chastising Davido for daring to expose his young daughter to such luxury and said Wizkid won't ever do that.

She went on to say, it's a waste of time comparing the two artistes because their mentality is different, way of live different, even music different. Her tweet below....