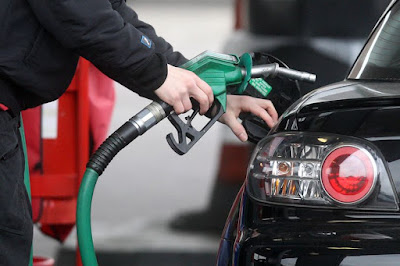 A plan on buying new petrol and diesel cars will be brought forward to 2030, Boris Johnson has confirmed as he unveiled his £12billion, “Ten Point Plan” for a “green industrial revolution”.

The Prime Minister unveiled a host of measures aimed at slashing the UK's carbon emissions and tackling climate change – and “creating and supporting” 250,000 “green jobs”.

He hopes the proposals will boost moves to meet Britain's pledge for net-zero carbon emissions by 2050.

The PM announced £1.3bn to accelerate the rollout of electric vehicle charging points in homes, streets and motorways.

He also pledged £582m in grants for zero or ultra-low emission vehicles to make them cheaper and encourage take-up – and nearly £500m over four years to develop and mass produce electric vehicle batteries.

The Government set a target to install 600,000 heat pumps every year by 2028, and Mr Johnson repeated a Conservative Party conference pledge to build enough offshore wind turbines to power every home.

The move would quadruple the amount of energy generated from offshore wind to 40GW by 2030, “supporting up to 60,000 jobs”.

While sales of diesel and petrol vehicles will be banned within 10 years, hybrid cars and vans that “can drive a significant distance with no carbon coming out of the tailpipe” can continue until 2035.