#EndSARS: Lekki Incident Was A 'massacre Without Bodies' - Lai Mohammed 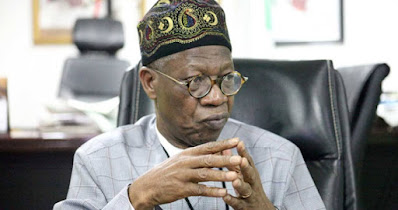 The Minister of Information and Culture, Lai Mohammed on Thursday said the October 20 Lekki shootings were a “massacre without bodies”, reiterating the federal government’s position that military men did not shoot at protesters, despite damning evidence to the contrary.

The Minister made the remark at a press conference in Abuja.

His comments come a day after US-based media, CNN, published a report which, using cellphone videos obtained from witnesses, showed Nigerian soldiers shooting at unarmed protesters at the Lekki toll-gate.

Mr. Mohammed tagged the CNN report as promoting a baseless and preconceived narrative.

He said that the mainstream media should confirm the veracity of footage used before airing.

He also added that the government will work with stakeholders to curb fake news on social media.